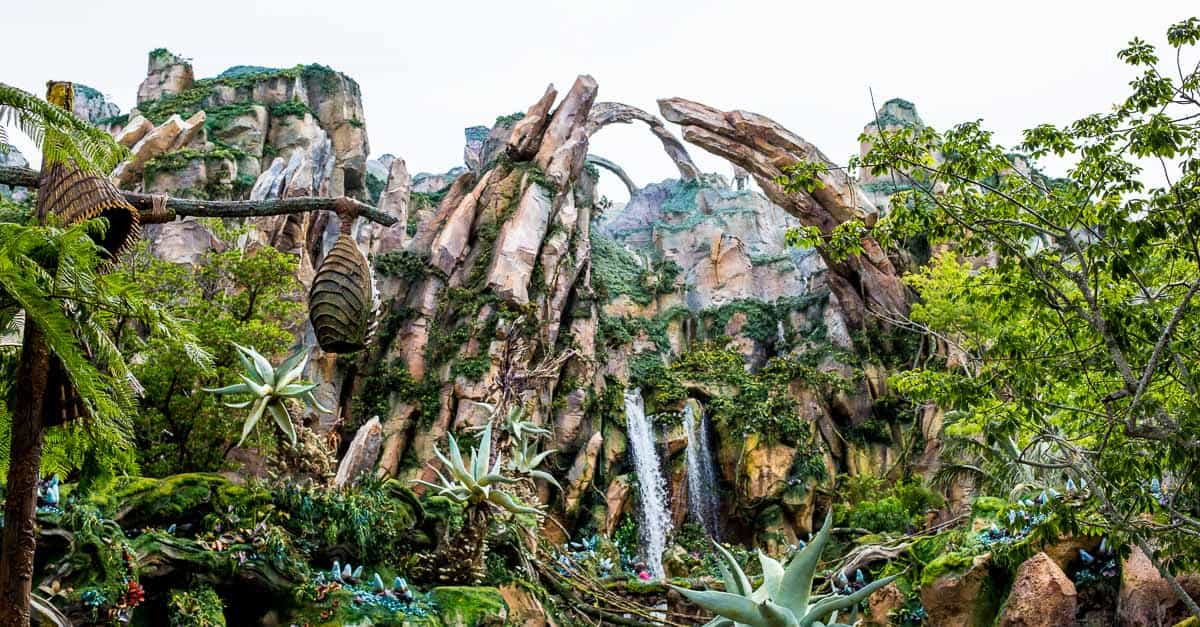 The opening of Pandora – The World of Avatar brought a lot of excitement to Disney’s Animal Kingdom.  It also brought a lot more guests into the park.  The new land provided much needed attractions, dining options, and experiences to Animal Kingdom, allowing it to realize its potential as a full day park.  However, the addition of these new features and increased hours of operation have created new challenges for Disney guests who visit the park as well.

8. Get Your FastPasses Early

The premier attraction in all of Animal Kingdom (and quite possibly the entire Disney Resort) is Avatar Flight of Passage.  Because of this, it’s likely that you’ll have to wait a long time in a long line to ride it.  As such, a FastPass for Flight of Passage is now vital for crafting the perfect Animal Kingdom touring plan.  And with Disney Resort hotel guests snapping up those FastPasses a full month before guests staying off-property can even try to obtain them, Pandora – The World of Avatar isn’t just changing the way that guests do Animal Kingdom, it’s changing the way that guests do the Disney Resort as a whole.  Many guests who have been steadfast off-property proponents in the past are now booking rooms in Disney resorts to give themselves a better chance of getting one of the coveted Avatar Flight of Passage FastPasses!

Another way that Pandora has changed the way that guests are experiencing Disney’s Animal Kingdom is by making them get to the park earlier than ever.  As newer attractions arrive at other parks, the pressure to make it to Animal Kingdom before "rope drop" is slowly calming. But getting there early to snag a spot on Flight of Passage will turn the pressure back on. Because of the large numbers of people arriving at the park early, Cast Members are sometimes opening the turnstiles well ahead of the official opening time!  So if you weren’t able to get one of the highly coveted FastPasses for Flight of Passage, your best bet is to get to the park as early as you can for a chance to ride it with the lowest possible wait time.

6. Enjoy the Rest of the Park – Again and Again

For those Disney guests lucky enough to get a FastPass for Avatar: Flight of Passage, you’ll find that the rest of the park has truly opened up for you.  Without having to worry about getting onto the most popular ride in Animal Kingdom, you are free to check out the other lands in the park almost at your leisure.  Attractions like Expedition Everest and DINOSAUR have much shorter lines for several hours after opening. This will give you the opportunity over the course of your day to experience every single attraction that Animal Kingdom has to offer - as well as experiencing some of them more than once!  Guests who don’t care to ride Flight of Passage and families with young children who are too small to ride will also reap these benefits provided by the ride’s popularity.