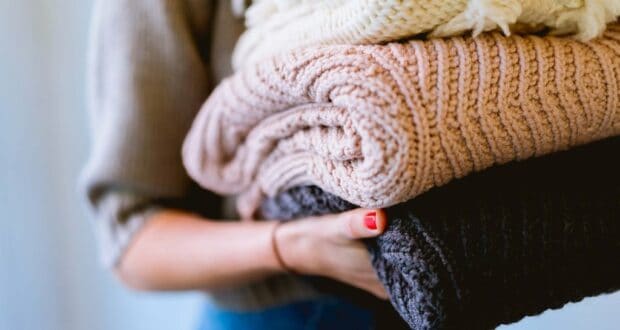 Already Starting to Hibernate? Here’s How to Usher in the Colder Seasons Disney-Style

We get it. The days are gradually starting to get darker, the breezes are getting colder, and you’re finding yourself inexorably drawn to your fluffiest, most comforting blankets. Sure, it may be a little early in autumn to achieve a ‘full-on hibernation’ state of being, but who can blame you? After all. Disneyland is already preparing for the holidays, and while Walt Disney World is still focusing on its 50th anniversary affairs, there’s lots of fun fall decor and autumnal treats going around in the Floridian Parks! 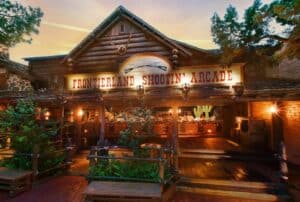 One of the best ways to bring a little Disney and autumn into your day is through what you’re eating and drinking. You might not actually be in Walt Disney World right now, but you can still order its signature Joffrey’s coffee online, and we’ve got the perfect flavor recommendations for you! First up is the Apple-y Ever After. This is “a delightful pairing of caramel, apple, and cinnamon”, according to Joffrey’s website, and it’s an exclusive part of the special Disney collection! The Winter Wonderland might seem like a hasty choice, since it’s only October, but this “artisan roast blended with white chocolate, creamy coconut, caramel, and almond” will definitely still be a welcome addition to your fall favorites. And Nana’s Apple Crumb Cake is sure to be a hit, since it supposedly tastes just like “French Apple Crumb Cake”! Another popular autumn choice is the Pumpkin Creme Brulee, which features “pumpkin pie and creamy vanilla custard”. We can’t think of anything cozier than that! 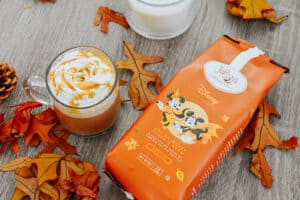 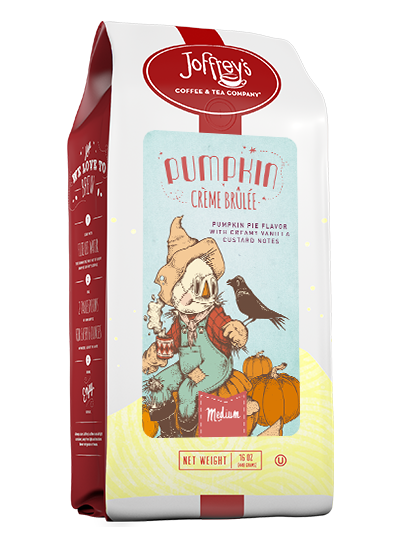 Once you can get to Disney this fall, there’s also some delicious autumnal meals to try (or perhaps you’ll be inspired to recreate them at home)! The Grand Floridian is offering a 50th Anniversary Vintage Minnie’s Brown Betty Profiterole, which might sound intimidating to make but is amazing to eat! This cream puff is “filled with one of Walt’s favorite flavors of cinnamon-spiced apples and Chantilly cream”, which sounds like an excellent choice for fall. Finding something similar to the Hungry Bear’s Honey Cream Cold Brew and Pumpkin Cheesecake Funnel Cake, or perhaps making an ice cream float like Clarabelle’s Spiked Hard Apple and Caramel Float, could also be fun ways to spend the chillier nights! 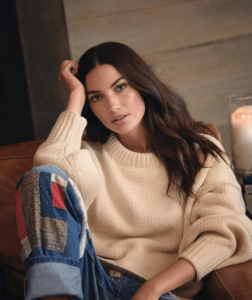 If there’s one thing we know about autumn, it’s that the season brings a dramatic change in peoples’ style. Tropical prints and neon patterns head to the wayside as everything soft, neutral, or earthy comes in, and you might find yourself drawn to cottagecore and rustic aesthetics in your shopping! It’s one thing to choose a Halloween costume, but adapting into your new autumn sensibilities can be quite a transition. Perhaps you’re hoping to wear something as cozy as this Mickey Mouse pullover! Follow your instincts and choose the clothes you want.

Just as springy flowers and cheerful prints might decorate your home in the warmer seasons, orange leaves and birch branches might start taking over in the fall. If you suddenly switched to wanting nothing but orange, brown, and red things in your house right after October 1st hit (and right after you finished celebrating Disney’s 50th anniversary) then that’s fine with us! Embrace DIY decor like this fun Mickey pumpkin wreath or this Cinderella shadowbox! 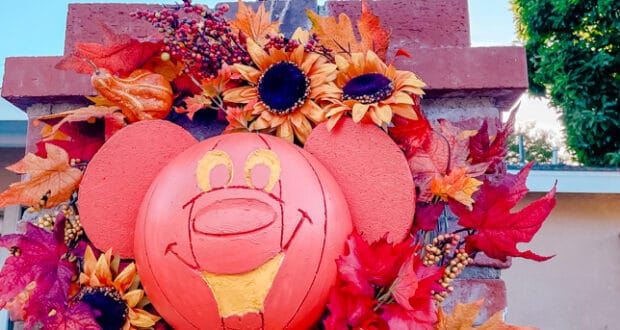 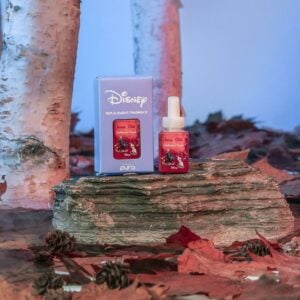 Once you’ve found your perfect sweaters, achieved some culinary or DIY success, and settled in with your perfect flavor of coffee, you’ll want to finish off the autumn aesthetic with a nice scent. One good option is the “Anna and Olaf in the Enchanted Forest” scent by Pura, which is inspired by “mossy woods”, “Tamarack trees”, “juniper berries and birch leaves”. Now, you’re all set for autumn! All that’s left to do is snuggle further into a blanket, put on some snuggly socks, and have a Disney Plus marathon…or several.