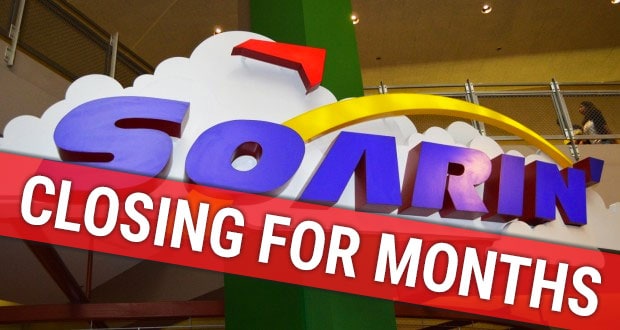 As reported WDWMagic.com big changes are coming to EPCOT’s Soarin’

As mentioned earlier this year at the D23 Conference Epcot’s most popular attraction, Soarin’, will be upgrded to become Soarin’ Around the World.

The new adventure for Soarin’ will include scenes from around the world including panoramic shots of flying over the Great Wall of China.

The closure is set to begin on January 4 2016, with a the attraction expected to reopen later in the summer, although Disney has not given a firm date.

During the closure, the third theater will be added, along with an upgrade to the existing theaters bringing new projection systems