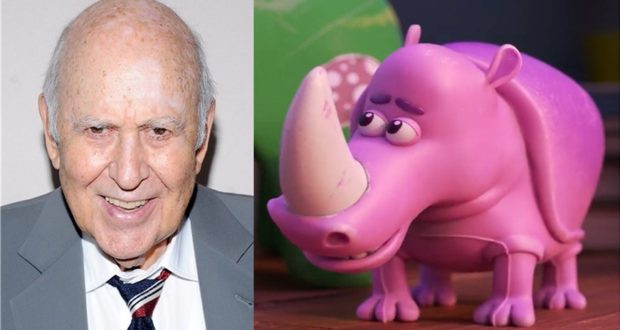 Carl Reiner, a beloved showbiz entertainer, passed away in his home on June 29th at the age of 98. With a career that spanned over seven decades, his talents will be greatly missed.

According to TMZ, Carl was a producer, director and actor. He was also a Grammy winner and won 9 Emmys in over 7 decades. He has more than 400 credits.

The younger crowd may have caught his voice in Toy Story 4 as “Carl Reineroceros”, one of Bonnie’s older toys that was left in the closet with Sheriff Woody.

For most people … they remember Carl best for “The Dick Van Dyke Show,” which he created and starred in. Carl played the role of a very temperamental comedian — Alan Brady — who terrorized Dick Van Dyke’s character and the other writers. Oh, and there was this new actress Carl cast for Dick’s wife — Mary Tyler Moore. Carl made a best-selling album with Mel Brooks called “The 2000 Year Old Man” which earned a Grammy nomination and sparked his writing career. His directing and entertaining credits seem endless! Many may remember seeing him in “Ocean’s 11” and “Ocean’s Thirteen.”

RIP Carl! The Reiner Family is in our thoughts!