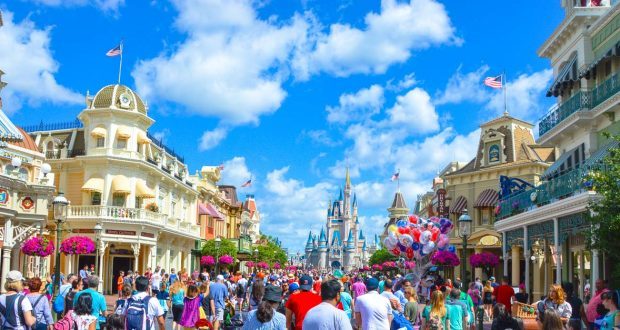 A federal judge has ruled in favor of Walt Disney World after an Orlando disability advocate sued the company on behalf of her adult autistic son to get him immediate access to the FastPass lines at the theme parks.

According to the Orlando Sentinel, it’s the first legal victory for Disney on the issue. Tampa attorney Andy Dogali said earlier this year he has filed about 60 other similar civil lawsuits in Florida and California that are awaiting trial.

“Disney Parks have an unwavering commitment to providing an inclusive and accessible environment for all our guests. We are pleased with the court’s decision,” Disney spokeswoman Andrea Finger said in a statement.

The lawsuit came after Disney World changed its policy in 2013 in response to reports of tourists hiring people with disabilities and terminally-ill children to help them go to the front of lines and ride multiple times.

Out of the controversy, Disney created its new system the Disability Access Service Card, or DAS, that lets people with disabilities get return times for rides, similar to a FastPass, so they don’t have to wait in a line.

Donna Lorman, president of the Autism Society of Greater Orlando, sued in Disney in 2014, saying she wanted 10 passes to the Magic Kingdom so her son could ride his favorite attractions by going directly into the FastPass line.

Otherwise, her son had to get an advance reservation to come back later. The extra waiting was hard for her son who didn’t understand the concept of time, his mother said, accusing the parks of not accommodating his disability.

But Disney argued it isn’t required to provide unlimited, front-of-line passes for every ride under the Americans with Disabilities Act. Otherwise, the general public in the stand-by lines would wait longer.

In a decision reached June 22, U.S. District Judge Anne Conway sided with Disney, ruling it was “unreasonable” for Disney to give such access to Lorman’s son. It would make Disney’s system ripe for abuse — again, Conway wrote.

“Requiring the modification, based on the history of the former system, would lead to fraud and overuse, lengthen the wait times significantly for non-disabled guests, and fundamentally alter Disney’s business model,” Conway wrote.

During the trial, Lorman testified that her son, who was 22 when she filed the lawsuit, has moderate to severe autism that made communication difficult and following a routine essential. Otherwise, her son, who is 6-foot-6 and weighs 300 pounds, could melt down. At Disney, he needed to visit the rides in a particular order, she said. “We understand our chances wouldn’t be very good because we don’t have the funds,” Lorman said. “But it was the right thing to do for our kids.”