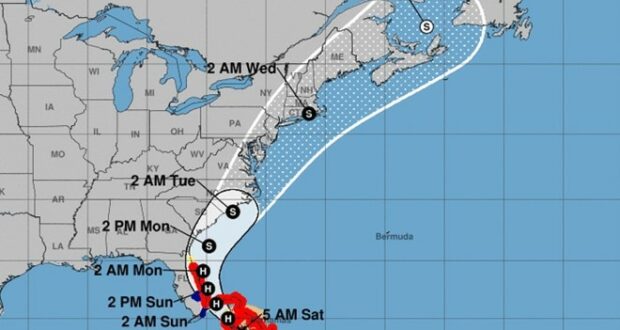 Florida residents and Walt Disney World travelers are keeping a close eye on Hurricane Isaias as the storm is expected to skirt the east coast of Florida this weekend.

At 5 a.m. Saturday, the hurricane center’s forecasters find Category 1 Isaias barreling slightly more toward the east and toward South Florida late Saturday and early Sunday. The forecast then shows Isaias hugging Florida’s east coast before making a slight northwesterly turn and going farther off the coast after passing Melbourne on Sunday afternoon.

“Maximum sustained winds are near 85 mph with higher gusts. Little change in strength is expected through Sunday, and Isaias is forecast to remain a hurricane during this time,” NHC forecasters said in an advisory.