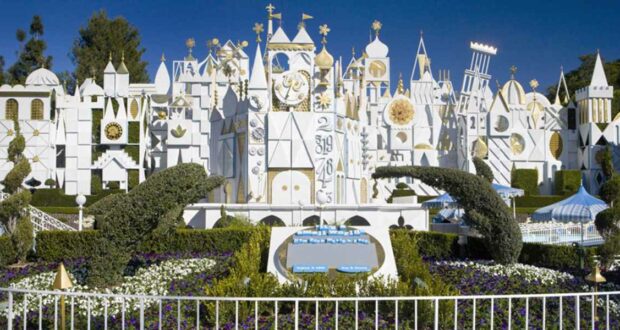 When Will Disney Pay Attention? Classic Attraction in Disarray

It’s a sad day when fans expose the lack of maintenance and care that goes into some of Disney’s classic and beloved rides at the Parks.

While the Walt Disney Company is busy making big strides through Walt Disney Imagineering to address the retheme of rides like Splash Mountain. We noted the ride had some record-breaking wait times for fans clamoring to get their last ride in and also found out that Walt Disney World Cast Members had the unique honor of being the very last people to ride the wonderful attraction before it shut down for its retheme. A retheme that Disney has wasted no time in addressing.

But while Disney is chasing new rides and attractions, some of its old faithful classics are languishing in disrepair, despite just having closed to go over some amount of refurbishment after Disney spent inordinate amounts of time, effort, and undoubtedly money as well on lighting up the attraction for the holiday season.

We are, of course, talking about it’s a small world. It’s no secret that this particular Disney ride has been struggling for a while. And despite the fact that the ride had just closed for refurbishment to address its return to its normal decor, some issues we reported on repeatedly last year are still issues.

Check out this video shared on Twitter by @33_Wonderland of the animatronics on the ride:

Someone didn’t have their coffee this morning. #Disneyland pic.twitter.com/B0HfBnhQRF

While the Twitter user does make light of the situation with the humorous caption, “Someone didn’t have their coffee this morning. #Disneyland,” it’s worth noting that these kinds of instances have been reported multiple times before. There have also been instances where Guests choose to disrupt the regular functioning of the ride in addition to this. it’s a small world/Courtesy of Disney

While new rides like the soon-to-come Tiana’s Bayou Adventure are certainly exciting, it would be prudent for the Walt Disney Company to also focus on maintaining its already existing rides. While this story is focused on the attraction in Disneyland Resort, it also has a counterpart in the Walt Disney World Resort in Central Florida, in the Magic Kingdom.