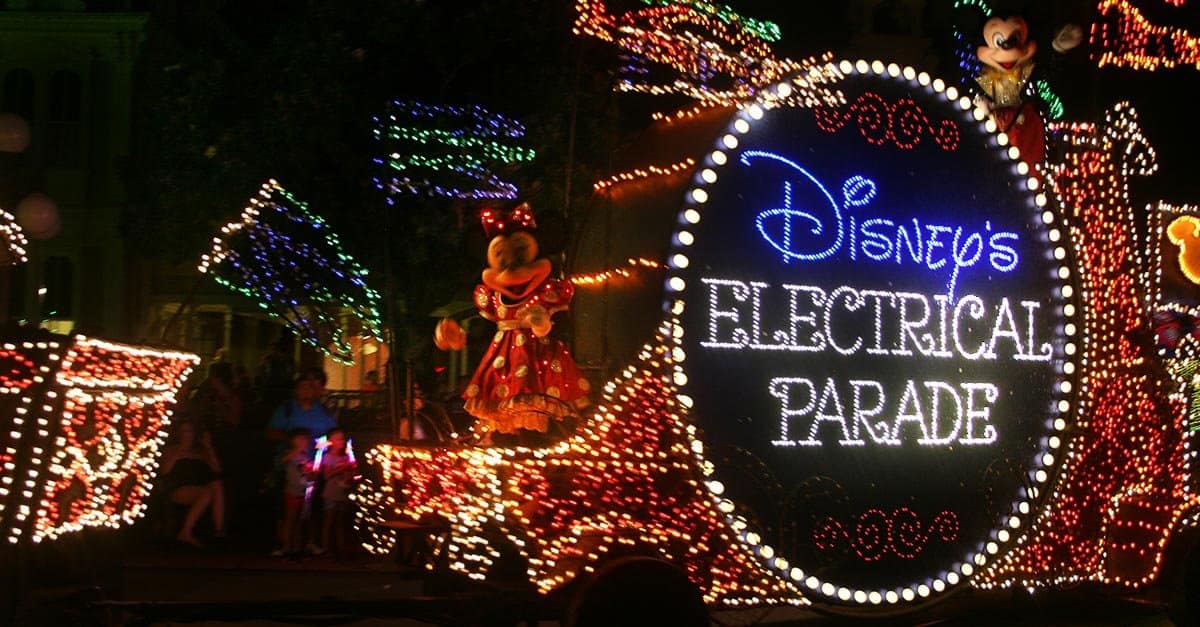 The nighttime parade is an amazing collection of lighted parade floats.  The parade is usually run twice per night and depends on the parks hours, so be sure to grab a Times Guide when you get to the park so you know when to stake out a seat.  This parade is much longer than the Festival of Fantasy parade and begins in the Town Square on Main Street and ends in Frontierland.  For this parade,we like grabbing a spot near the Hall of Presidents so we aren’t caught by the parade and can sneak away if we are trying to get a ride in!