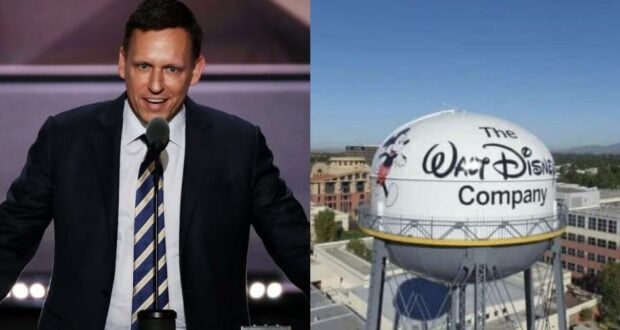 There appears to be a rebellion brewing among investors, and The Walt Disney Company is in its sights.

After PayPal, Tesla, and SpaceX founder Elon Musk managed to acquire the social media platform Twitter with the goal of restoring free speech to the platform, other more deep-pocket conservative and libertarian investors seem to want to do that same thing as conglomerates lose billions of dollars supposedly due to their “woke” practices.

In one case, it appears that PayPal co-founder Peter Thiel and a group of other unnamed investors are looking to acquire The Walt Disney Company.

Reporter Jeff Charles @JeffOnTheRight tweeted on Monday, May 2, that:

Peter Thiel and other conservative/libertarian investors announce plans to buy Disney after kerfuffle over Florida Parental Rights in Education law.

“This woke sh*t has gone way too far,” he told reporters. “If Elon can buy Twitter, then dammit, we can buy Disney.”

“This woke sh*t has gone way too far,” he told reporters. “If Elon can buy Twitter, then dammit, we can buy Disney.”

Thiel was the subject of a feature in the Washington Post in February in which he was identified as one of Silicon Valley’s most notable conservatives. Actively political for decades, Thiel has gone on record to say he is proud to be both Republican and Gay. The soon-to-be-former board member of Facebook has been credited with a high level of influence.

Amid the reaction to Florida’s Parental Rights in Education legislation and other “woke” revelations surrounding its “Reimagine Tomorrow” campaign, The Walt Disney Company has been on a stock market slide for the past 364 days, especially since the start of 2022. After hitting a 52-week low of $111.01/share, the price sits at just over $116/share, which still represents a 25.88% YTD loss and a 36.99% yearly loss. Its market cap sits at $211.54 billion. 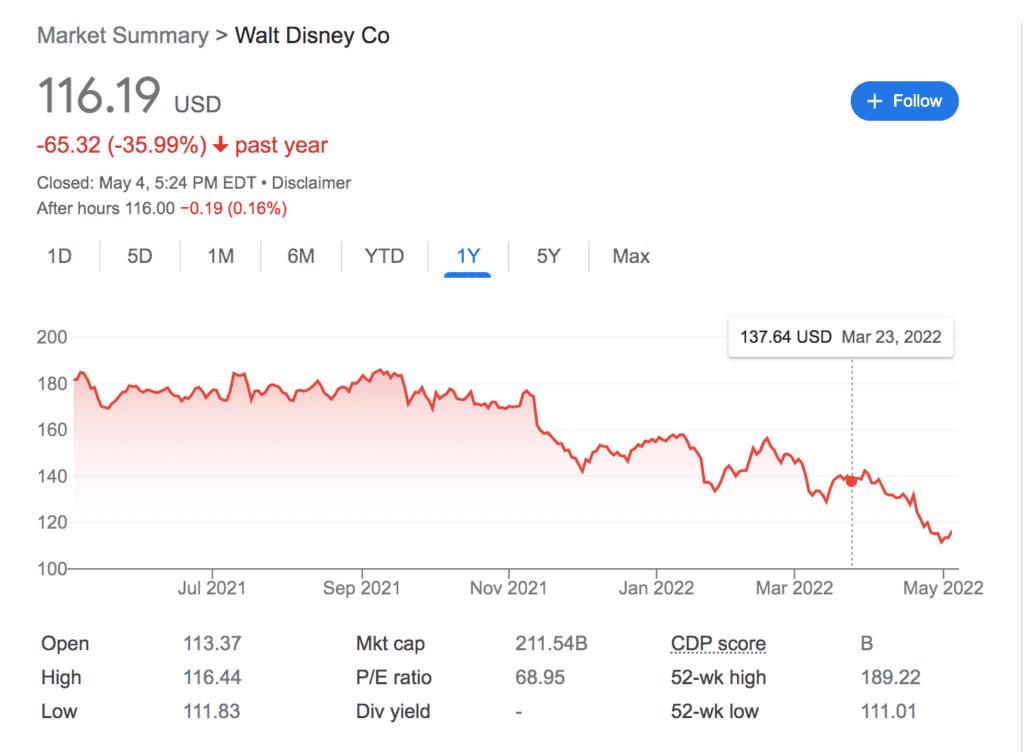 At the same time, Disney’s hard-pressed “woke” direction is backfiring in multidimensional ways. Florida’s state government, led by Gov. Ron DeSantis, has voted to begin necessary measures to strip Disney of its special Disney World district, The Reedy Creek Improvement District, and federal lawmakers have begun work to end Disney’s copyright extensions of iconic characters like Mickey Mouse and the “No-Fly Zones” over The Walt Disney World Resort and the Disneyland Resort.

But it should be noted that the Thiel consortium does not need to buy the Mouse House in its entirety. Only a controlling stake in the publically-traded company is needed–which would still be a substantial amount of money–but there are also several disgruntled conservative stockholders who have not sold their shares who will be ready to put their say behind the rising movement.

It should also be noted that there has been no further confirmation on this potential takeover bid at this time. But we at Disney Fanatic will continue to monitor the story and will update our readers on this and other Disney news as more developments come to light.