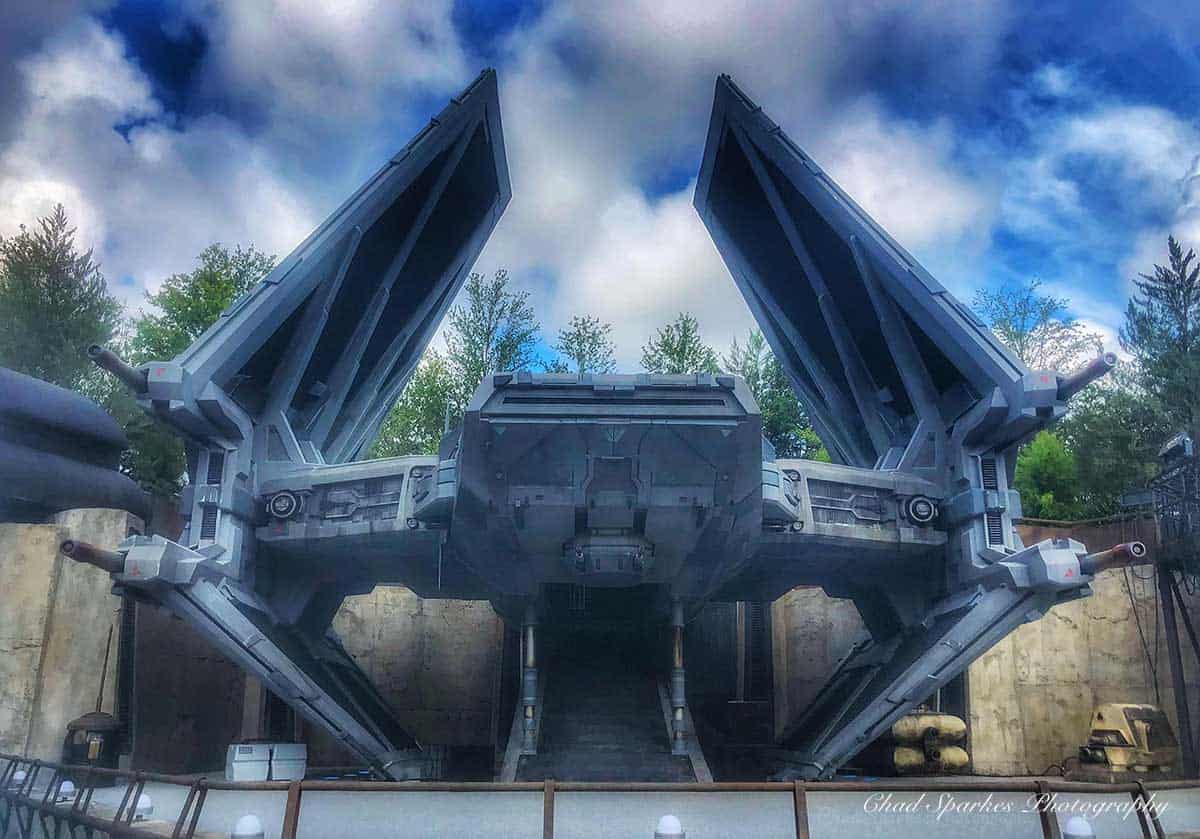 Who Else Is Docked At Black Spires Outpost?

Among other ships currently docked at the Black Spires Outpost is a First Order Tie Echelon fighter from episode IX which served as an armed troop transport.   This vehicle is touted to operate much like a Blackhawk helicopter and was developed as kind of a hybrid from OT Tie fighters like the one Vader piloted.

In addition to the Tie Echelon, 9 other ships can be found in this exciting space port. The show-stealer of course is the Millennium Falcon, the centerpiece of Galaxy's Edge. "It would not be Star Wars without Millennium Falcon and it would not be Star Wars Galaxy's Edge without giving guests the opportunity to finally get to see her in all her glory" said Imagineering creative director Asa Kalama.

In addition, a battle damaged cargo ship has landed on top of the popular watering hole Docking Bay 7. It's been modified to transport food and supplies for the restaurant which is owned by Strono "Cookie" Tuggs, chef at Docking Bay 7.

Remember those big AT-AT Walkers in the movies? Guests at Star Wars Rise of the Resistance will encounter these intimidating behemoths as they ride between their legs cheating death!

Read on to see what other ships are docked at this exciting star port!