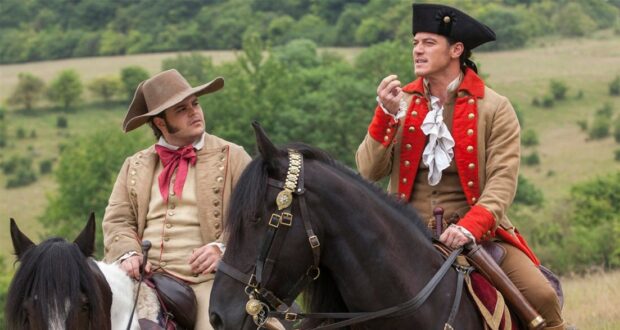 Title Revealed for Beauty and the Beast Prequel Coming to Disney+

Back in March, we learned a prequel to the 2017 live action film, Beauty and the Beast, would be coming to Disney+. Now, the composer for the new film, Alan Menken, has revealed the title!

In an interview with Variety Menken shared, “I’m excited about the projects I’m doing. I’m working on “Disenchanted” and a new “Beauty and the Beast” prequel, “The Little Town” I’ve also been working on the new animated picture “Spellbound” with John Lasseter. And I’m doing a bunch of Broadway shows.

Decider shares some insight on what we know so far about the film, and what the name Little Town likely stems from:

The name Little Town likely comes from “Belle,” the opening song in Beauty and the Beast, as Collider points out. The lyrics include the lines “Little town, It’s a quiet village, Every day, Like the one before, Little town, Full of little people, Waking up to say.”

Decider goes on to share: Both Luke Evans and Josh Gad are returning to reprise their roles from the 2017 live action film. Evans will return to his role as Gaston, the arrogant and greedy hunter determined to have Belle all to himself. Gad will play LeFou, Gaston’s loyal sidekick. Neither Watson nor Dan Stevens, who starred as the Beast in the Disney film, are expected to return for Little Town.

Little Town does not have a release date yet, but it’s likely that whatever tentative premiere the series set was pushed back by the coronavirus pandemic. Since the Beauty and the Beast prequel hasn’t begun production yet, we don’t expect to see it hit streaming any time soon.