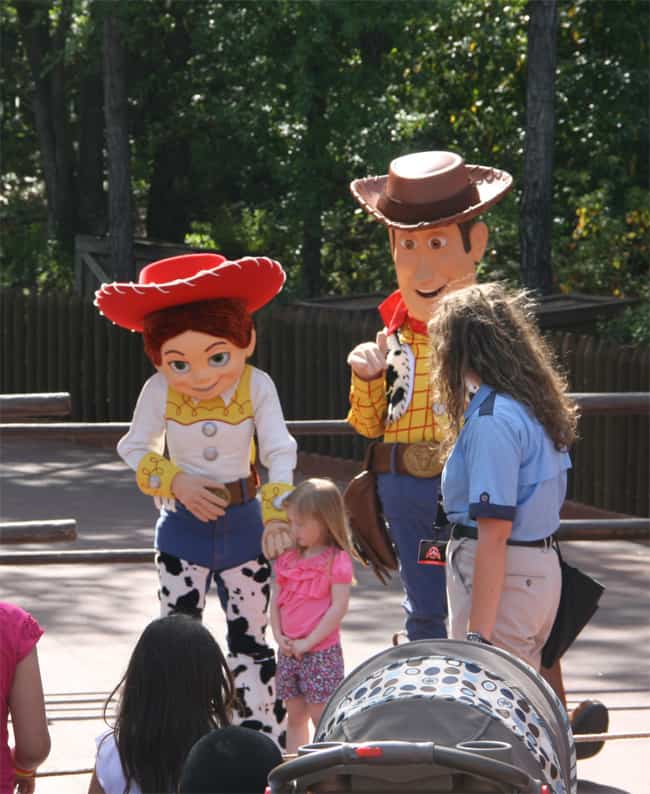 Woody and Jessie from Toy Story were hanging around near Splash Mountain one sunny afternoon.  Woody then leans over to give a small fan a hug.  After standing back up he takes a step back and tumbles into the landscaping behind him.  It obviously rattled him because he ran off back stage as if he had a snake in his boot leaving Jesse to dance around and take pictures solo.   Photo credit easyWDW