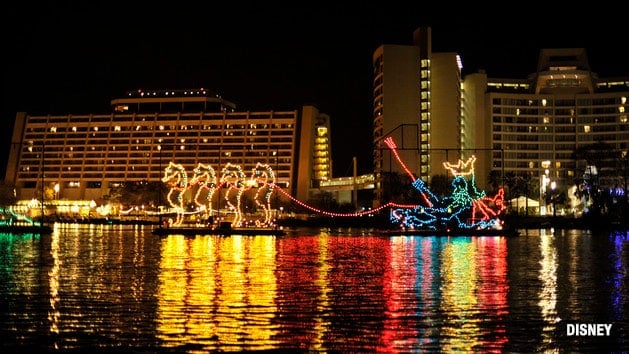 The weeks after Labor Day feature some of the lowest crowds of the year at Disney World.  The second week of September offers comparatively low prices for resort rooms as well.  The temperatures will still be on the warm side as you’re not too far removed from the summer, but with low waits you don’t have to worry about sweltering in line.  While this is peak hurricane season, the odds are still in your favor to have an incident-free vacation – though average rainfall does pick up this month.  In honor of the Silly Symphonies short “King Neptune”, which was released on September 10, 1932, be sure to catch the Electrical Water Pageant on the Seven Seas Lagoon or Bay Lake.  King Neptune occupies the last float in the water parade, even if people tend to call him King Triton ever since the release of The Little Mermaid!