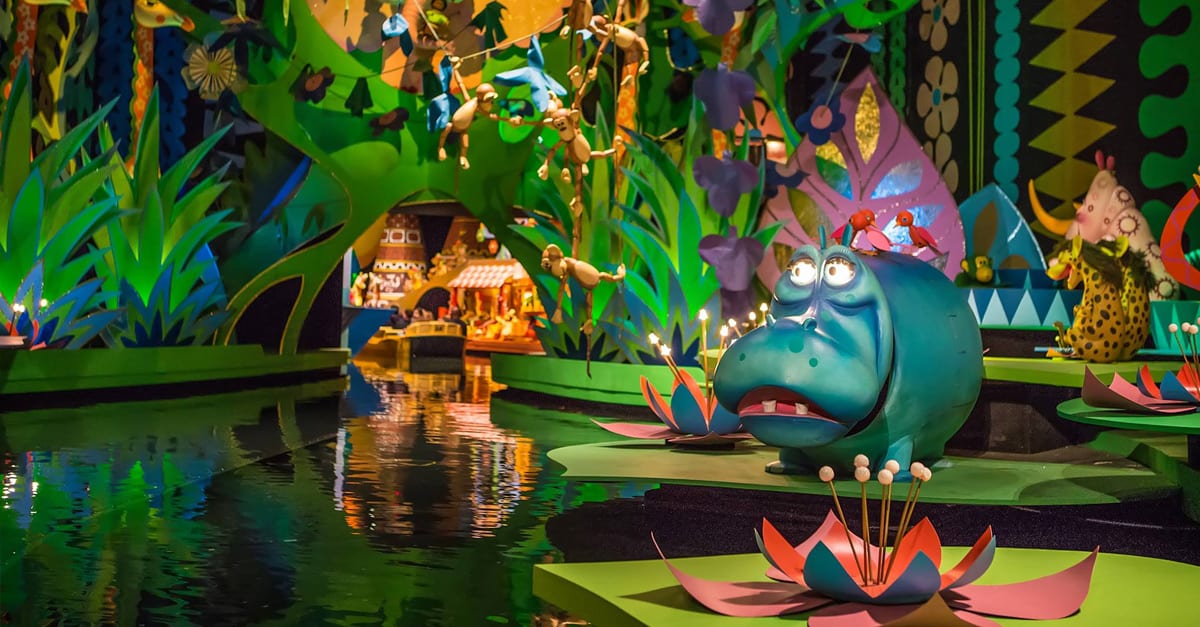 The song will get stuck in your head and you’ll be lucky if you can get it out even after you’ve been back home for two weeks.  Nonetheless, the “it’s a small world” ride is steeped in Disney tradition as it was part of the 1964 World’s Fair that provided a proving ground for several Disneyland attractions prior to their being moved to the park at the close of the World’s Fair.  Ride Magic Kingdom’s version and resist the temptation to sing along!

What is it about carousels that brings to mind images of childhood innocence and fun?  Could it be that we’re all remembering our first rides on the Prince Charming Regal Carrousel?  Perhaps.  Either way, it is obligatory that you get a picture of your child riding one of the horses on this attraction.

While it might not seem that a hillbilly music review which features puns galore would be a guest favorite, the Country Bear Jamboree features a surprising amount of laugh-out-loud humor.  Originally intended for a Colorado ski resort that never materialized, Country Bear Jamboree was instead routed to Magic Kingdom in time for its grand opening.

This interactive show based on the Disney/Pixar Monsters Inc. franchise operates on the premise that laughter provides 10 times more power for Monstropolis than children’s screams ever did.  Join Mike Wazowski, Roz, and some other “monsters of comedy” for some wholesome family fun.

Walt Disney’s love of trains is evident throughout the Disney World Resort, whether it’s the monorail transporting guests around Seven Seas Lagoon or to Epcot, the Wildlife Express Train taking guests to Rafiki’s Planet Watch at Disney’s Animal Kingdom, or the Walt Disney World Railroad at Magic Kingdom.  Serving as both an attraction and transportation, the Walt Disney World Railroad provides a relaxing, picturesque trip around the park.  Be sure to take a ride and share in Walt’s love for the iron horse.