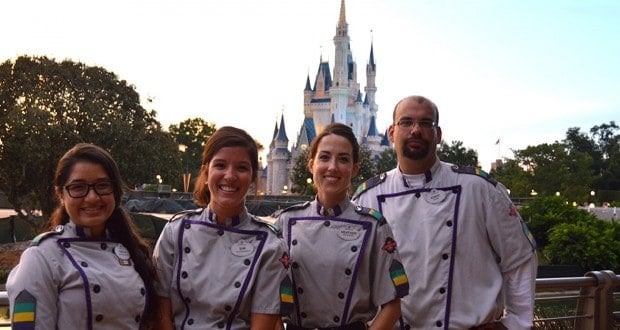 10. Emotional Connection to the Company

One of the best ways that Disney Cast Members are trained is simply through the emotional connection that they have for the company. Because the Disney company is so special to the people who work there, they are motivated to be the best Cast Members they can be. If you’re emotionally invested in the company you’re working for, chances are you’ll be much more enthusiastic and better at your job. While Disney is not overtly stating something like, “Must feel a sense of nostalgia towards Disney parks,” in training sessions, it is clear that many Cast Members do have this connection to the parks, and it shows in their work.

How many people can truly say they know a great deal about their employer’s history? More Disney Cast Members than other employees can most likely say this. Every Disney Cast Member is required to take a class called Traditions, that much like it sounds, teaches the traditions of the company. In addition to the founding of the company, and Walt Disney’s early life that inspired so much of the parks we see today, the class focuses on the top notch guest service that has been present since day one, and how this service can continue to be shown to guests with each new set of Cast Members.

The Disney look is a set of guidelines that requires each Cast Member to look a certain way while they’re onstage. While the Disney look may just seem like a simple set of rules, it actually goes a long way in training Cast Members and impressing guests. Little details, like keeping the color of nail polish neutral, and all Cast Members in one area wearing the same kind of socks, add to the thematic and show elements of each part of Walt Disney World. These guidelines keep everyone looking show-ready, and ensure that Cast Members look professional at all times. As Cast Members are able to conform to the Disney look, they are learning how to adapt flexibly to different situations, and about the importance of show and maintaining a professional appearance.

There are a number of rules that Disney Cast Members must follow in order to keep their jobs. Though the rules may seem strict, they are most definitely beneficial in training Cast Members and creating the best possible guest experience. If you’ve never seen a Disney Cast Member on his or her cell phone, that is because if they are caught with their cell phones out they could be fired. Rules like this make Disney different from other companies, where employees are sometimes caught ignoring customers while checking their phones.

Disney uses a number of words and phrases that are different from how other companies would communicate. There are certain phrases that only Cast Members know, to describe things that do not concern guests. There are also phrases that guests are aware of, such as “guest” instead of “customer,” and “onstage,” instead of “on the clock.” By referring to customers as guests, it is clear that Disney Cast Members are taught to truly appreciate everyone in the parks as guests, and not as simple customers in a transaction. “Onstage,” reinforces the importance of the show for Cast Members, as it makes it evident that something special is being “performed” in a sense to all of their guests.

Disney University is a training facility where Disney Cast Members go to take classes related to their specific roles and work locations. Rather than completing computer or video training, Cast Members sit in actual classes, and are able to take away a lot of valuable information from each session.

The Four Keys, safety, courtesy, show, and efficiency, are at the heart of everything Disney Cast Members do. The keys work together, and the parks would not function properly without all four. This simple training model makes it easy for Cast Members to evaluate what they should do in difficult situations, and it helps provide the best guest service possible as they are all used together.

Many Disney roles have a focus on the fun Cast Members can have with their guests. During training, many Cast Members will learn about pin trading and be given a pin lanyard so that they can trade with guests during their shifts. Another example of this is with Merchandise Cast Members, who “merchantain,” (entertain guests with merchandise.) Disney is different from other companies, in that Cast Members are trained to have fun with their guests, rather than treat each sale or conversation like an ordinary job or transaction.

2. The Importance of Safety

Safety is the most important of the four keys, and it is essential to everything that Cast Members learn in training. The first things that Cast Members learn about in their work locations are how they can keep guests as safe as possible. From knowing where mops are when floors become wet and slippery, to knowing how to handle emergencies, safety is at the forefront of Disney Cast Member training.

Regardless of where a Cast Member works, his or her first day of training includes an overview of the area. This often means a detailed tour of the park, so that they can learn different stories they can share with guests, and sometimes it even means getting to experience certain attractions. Orientations are the most fun part of training for Cast Members, because they get to learn about the history behind where they are working, and experience their location as a guest, so that they can better explain the area to guests once they finish training.