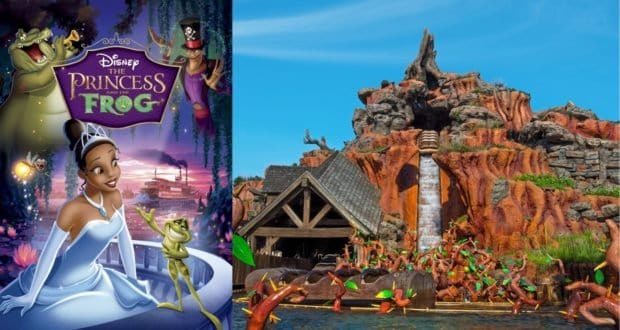 It’s rare to find anything sacred these days, whether it’s a movie or, in this instance, a theme park. That’s not to say Disney World is a bad place. But, naturally, bad things can happen anywhere, and real-life controversies come with the territory of operating a resort with an infinite number of moving parts. Let’s take a look at some of Disney World’s biggest controversies to date.

10. Pirates of the Caribbean “Redd”

A couple of years before Jack Sparrow himself became a figure of controversy, the attraction had garnered its own in the form of bride-auctioning. In a bid to extinguish public scrutiny and move on with the times, Disney World acted quickly and temporarily closed the Pirates of the Caribbean attraction for refurbishment. Upon reopening, ‘Redd’, the lady in question, had switched sides. It’s now a pirate’s life for her!

The inclusion of animals at theme park resorts seems to be a natural trigger for scrutiny – and rightfully so, too. Prior to the opening of Animal Kingdom Park, countless animal rights groups opposed and boycotted the idea. Sadly, many animals did die in the early days of the park, however, upon investigation, foul play was ruled out.

A lawsuit was filed against The Walt Disney Company after a former baseball umpire and an architect alleged that the ESPN World of Sports Complex’s design was inspired by their own. Disney argued that the design was generic. Either way, we’re grateful for the very existence of this complex, because without it we may have never seen the NBA Restart season this year!

7. Banning Smoking in the Parks

Mickey & Minnie’s Runaway Railway has gone down a real treat with guests, which is no surprise considering it’s a first-of-its-kind and pioneers “2 ½ D” technology. But, when it was announced that the attraction would be replacing The Great Movie Ride in Disney’s Hollywood Studios – a much beloved and long-standing ride – guests didn’t exactly stay silent on the matter…

Magic Kingdom Park’s long-standing log flume attraction has, in more recent times, faced plenty of backlash for its depiction of African Americans. The attraction is based on 1946’s musical Song of the South, which has attracted some controversy itself over the years. As a result, the ride will now be repurposed to adopt The Princess and the Frog theme – which, as many already agree, is an excellent choice.

The Walt Disney Company internship allows students and majors to undertake paid internships at the theme park resort. However, many argue that it’s nothing more than cheap labor, considering the interns perform the same duties as other employees but for a much lower pay-check. Critics also state it creates a negative effect on the local job market.

3. The End of the Alcohol Ban

Did you know that, until 2012, alcohol was banned at Magic Kingdom Park? But, when it was discovered that Fantasyland’s Be Our Guest restaurant was selling beer and wine, there was something of a public outcry from the outside world (although no one seemed to care about that grey stuff…). Now, all table service-eateries at all the parks serve alcohol, which has at least ‘gone down well’ with guests.

In 2012, Disney World announced that Starbucks would be arriving at Magic Kingdom Park. This sparked a highly polarizing debate, for two reasons: the first being that the Starbucks outlet would inevitably replace the Main Street Bakery’s more traditional menu, and the second being the understandable concerns of external corporate establishments spoiling that outside world-proof Disney World charm.

1. Reopening During the Viral Crisis

There was very little chance of this one not making it to the top of this list. The reopening of Disney World during the pandemic has been met with plenty of judgement, as many consider a theme park of all places to be a hotbed for the spread of infection. Disney World has, of course, adopted several measures to minimize the risk, but it’s likely this controversy will continue for some time.

Despite the occasional whirlwind of scandal, Disney World remains the most popular theme park resort on the planet. Undoubtedly, more controversies lie ahead – it would be pretty naïve to think otherwise. We can only hope that Disney World has learned from any past mistakes, and will continue to do so. Either way, here’s to hoping that everyone can enjoy a safe and magical experience going forward.