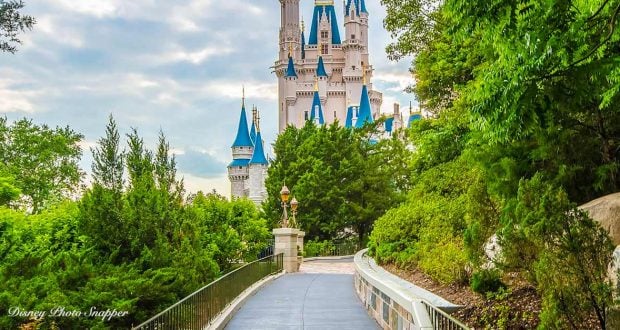 Sometimes when you bring Walt Disney World up in a conversation people will say some things that aren’t true, and it can get tiresome. There aren’t many people who have been to Disney that leave with a negative impression. Those who have unpleasant things to say often have not been or are completely out of touch with their “fun” side! That doesn’t stop them from trying to spread their negative thoughts to others.  Let’s debunk some of these lies…

Yes, Walt Disney World does cost more than some other things, but if you compare what you get for the price you pay it is well worth it. There is no other place like Walt Disney World, and your park admission includes all attractions, characters, shows and more. The only thing not included is merchandise, food, and a couple of extra experiences. Compare this to any other place, where most additional entertainment must be paid for as well as the cost of admission, and Walt Disney World doesn’t seem so bad.

2. It Gets Boring After One Or Two Times

I have lost count of how many times I have been to Walt Disney World, yet I always wish that I was back. There is such a countless number of things to do, and things are constantly changing at all four of the theme parks. The atmosphere is also so exquisite that you just can’t grow tired of it. People go time and time again for a reason: it is always a thrill!

There is such a variety of facilities at Walt Disney World that it is so much more than a theme park. There are numerous resorts, dining options, shopping opportunities, waterparks, and even golf courses, that even someone who isn’t a fan of a theme park atmosphere would enjoy. I personally believe that Walt Disney World is for everyone, just just your typical theme park fan.

4. There Are No “Thrill Rides”

When most people think of Walt Disney World they think of the classic dark rides that are in Fantasyland, and while those are of course a vital part of the experience they are also just the beginning. There are now many thrill rides of many different levels in all four parks. Some of my personal favorites include Rock ‘n’ Roller Coaster, Tower Of Terror, Expedition Everest and Space Mountain. There are some really wild thrills, as well as some more tame ones, so that everyone can find something that’s their speed.

5. It’s All About Princesses And Castles

While that is a main feature of Disney itself, it is certainly not the main future throughout all of Walt Disney World. If you go to Animal Kingdom for example, you will experience adventure through a safari ride or flying on the back of a banshee! Hollywood Studios offers many different themes, including Star Wars and Toy Story. Epcot teaches about the future and the countries of the world. Even Magic Kingdom, while still being the most classic of the parks offers many different lands with lots of variety for everyone.

6. Absolutely Everything Is Fake

Many people like to assume that everything, including the trees are man made at Walt Disney World. This simply isn’t true. They of course have contracted many things for the park, but I can assure you that there are plenty of real plants and animals all over the parks and resorts. There are some funny stories about people assuming the ducks at Epcot are animatronic!

7. It Is Not A Romantic Vacation Spot

I don’t know about you, but I believe Disney movies are the the most romantic movies out there. Just think of Lady And The Tramp eating Spaghetti, Cinderella and Prince Charming at the ball, Rapunzel and Flynn among the floating lanterns: there is so much romance in Disney movies, and the parks are no exception. There are so many places where you can create wonderful memories with your significant other, that it has quickly become a popular honeymoon and wedding location.

8. There Is No Point In Going To All Four Parks

Many people will say that you only need to go to Magic Kingdom for the full Walt Disney World experience, and that is simply not true. All four parks have unique experiences that truly make Walt Disney World what it is. If you are simply visiting Magic Kingdom, you will of course have a wonderful time, but you will only be experiencing 1/4 of the parks, and will not get the full effect. It really is worth it to see them all!

9. There Are Only Boring Dining Options

Walt Disney World does of course have its fair share of Chicken Nuggets, but it also has a large amount of incredible dining options that you can’t find anywhere else. Ever wanted to try a unique blend of African and Indian cuisine? Check out Sanaa at Animal Kingdom Lodge! Want to try out authentic Japanese food? Epcot is the place to go! There are so many amazing foods available, you will never be bored with your meals!

Whoever said this is missing out on a lot of fun! Walt Disney World is for people of all ages. Some adults like to go all out while at Disney, and some like to blend in with the crowd, but either way everyone going to enjoy their magical vacation at Walt Disney World! There are even spas for adults only at certain resorts, as well as some more adult experiences. Personally I always let my inner child come out at Walt Disney World, because sometimes you have to take advice from Peter Pan and, “Never Grow Up!” So there you have it: you can now be at ease knowing that all of the lies you have heard are dismantled. Have fun on your vacation knowing that all those negative things are just rumors!