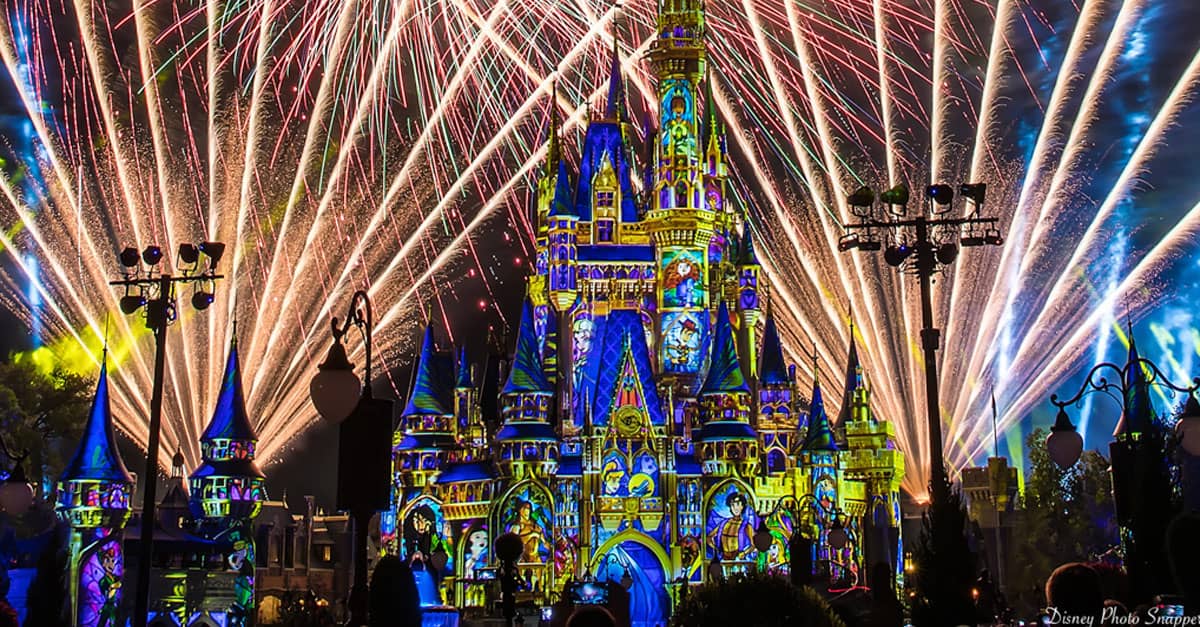 For the past fourteen years, millions of Disney World guests have been gloriously entertained every night by the nighttime extravagant fireworks show called, “Wishes”.  This amazing production drew thousands of guests to the Cinderella Castle hub every night to view this nighttime spectacular.  Narrated by Jiminy Cricket, it was a magical journey through several Disney animated films highlighted by music and brilliant fireworks.  It was truly a memorable experience.  Now, it’s time to say good-bye to “Wishes”, which has been replaced by a new show, called “Happily Ever After”, which debuted at the Magic Kingdom on May 12, 2017, and has become an instant hit.  This new show is filled with brand new startling Castle projections, colorful lasers, outstanding musical numbers, scenes from many popular recent and classical Disney animated films, and dazzling fireworks throughout the show.  It is definitely a “must see” when visiting the Walt Disney World Resort.  “Wishes” was awesome, and now its successor, “Happily Ever After” will carry the torch of nighttime entertainment for the next however many years.  This is the next generation of high-tech, imagineering excellence, that will thrill millions of Disney guests to come.