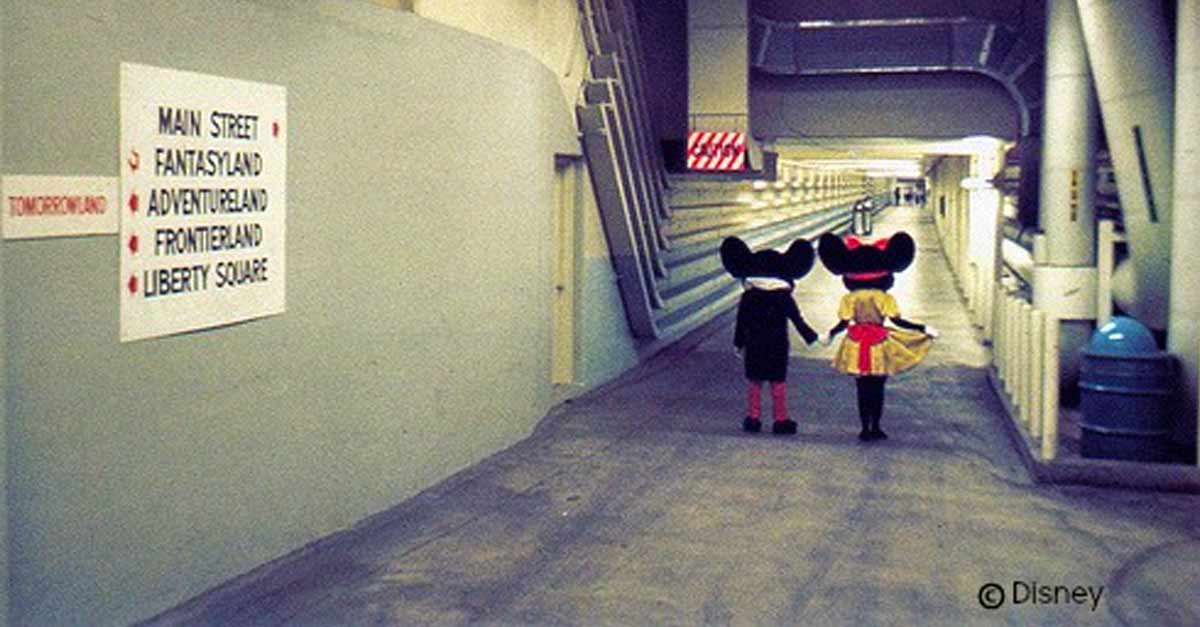 Magic Kingdom actually sits above another kingdom of a sort. Underneath this magical place is a series of corridors called “utilidors” that cast members use to travel to and from each land without being seen in their costumes. Between these corridors, are offices, cafeterias, cast member facilities, storage, dressing rooms and even a hair salon for cast members. Walt Disney felt that it was very important to hide the “business” of the parks from the guests, so that they could truly feel immersed in the Disney magic.