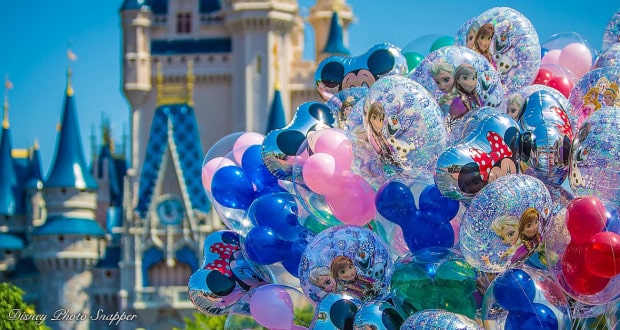 10 Things You Must Know About the Magic Kingdom

The Magic Kingdom at Walt Disney World is the most popular theme park in the world, annually hosting almost 20 million guests. It opened in 1971 and was patterned after Disneyland in California. Although it has changed somewhat since opening day, it remains true to Walt Disney’s vision of a place where families can play together. The Magic Kingdom is full of secrets and amazing detail. Here are 10 things you must know about the Magic Kingdom.

1) The Parking Lot – The Magic Kingdom parking lot is big enough to hold all of Disneyland Park and still have room for several hundred cars. If that’s not enough, Disney is now expanding the parking lot to hold even more vehicles!

2) Welcome to the Theatre! – The entrance to the park is like a theatre.  The ticket area is like a lobby.  Then, you go through the tunnels lined with “coming attraction”-type posters.  The train station is the curtain, and when you go through it, you’re in the “show.”  Now, for the credits. If you look up at the names on the windows of the buildings along Main Street, you see the names of all the people who were responsible for building the park.  The very last name is Walt’s.  It is on the backside of the last building on the right.  His brother Roy wanted him there so that he would always have a view of the castle.

3) The Lands – The park was designed so that when you pass from land to land, you don’t see the others.  If you are in Liberty Square, you can’t see Fantasyland because of trees, buildings, and other distractions.  Next time you’re there, notice how the background music and even the payment changes from one land to another.  Have you ever seen the Contemporary Resort while in Tomorrowland? It fits perfectly with the theme!

4) Please Don’t Litter! – No trash can will ever be more than 30 steps away from you.  It seems that Walt went to other parks when he was designing Disneyland and counted how long a person would hold onto a piece of trash before dropping it on the ground.  He came up with 30 steps.

5) Honored Guests – The walkway in MK is red because Walt wanted to lay out the “red carpet” for all guests.

6) Main Street – When you take a walk down Main Street, take a good close look at the buildings.  You will notice that they get smaller the higher up the building goes.  The Imagineers call it “forced perspective”.  If you were able to view Main Street from backstage, you would notice the entire building structure is about the size of two houses. Even Cinderella Castle looks a little taller than it would if all the “bricks” were the same size.

7) TTA – The Tomorrowland Transit Authority was ORIGINALLY called “The WEDway People Mover”, until the debut of the “New Tomorrowland” in 1994.  Although the ride itself has remained essentially the same, the soundtrack has had several changes, some minor and some major. The “WED” part of WEDway is for WED Enterprises, the original name for Walt Disney Imagineering (or WDI for short). WED is, of course, Walt’s initials (Walter Elias Disney). The model city the Tomorrowland Transit Authority passes is the model for Walt Disney’s personal vision of E.P.C.O.T., Experimental Prototype Community of Tomorrow.

8) America – The 17th-century mansion of Master Gracey (aka the Haunted Mansion) is supposedly on the Hudson River.  The Hall of Presidents is supposed to represent Pennsylvania.  The Liberty Square Riverboat is supposed to be on the Mississippi, along with Tom Sawyer’s Island.  The diamond horseshoe is at the gateway to the west, St. Louis MO.  The old wooden cottage of the Country Bear Jamboree symbolically represents Colorado.

9) True Life – Each of the scenes in the Jungle Cruise attraction is taken from the True-Life Adventure Film Series that Walt Disney produced in the early 1960s.

10) Goodbye, Mr. Toad! – Look to your left as you enter Owl’s house– There is a framed picture on the wall, just inside the doors, of Mr. Toad handing a deed to Owl.  The Winnie the Pooh ride replaced Mr. Toad’s Wild Ride (which can still be found in Disneyland).