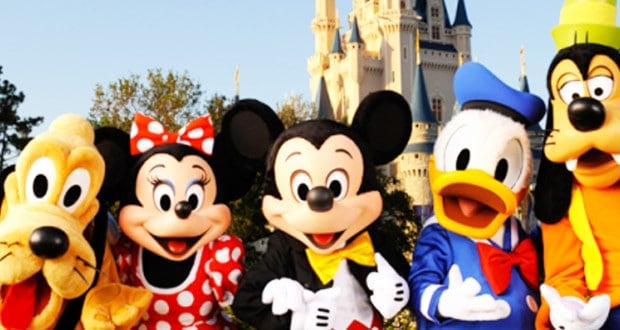 One of the exciting moments of a Disney vacation, which there are many, is the chance to meet your favorite characters and get your picture taken with them. However, this memorable greeting can quickly turn sour if you don’t know how to behave in the parks. In fact, there are several things you should never do when greeting Disney characters.

10. Don’t Complain About The Wait

The most popular characters often have a long wait, especially during high peak seasons. Regardless, don’t complain to the character or their accompanying Cast Member about the wait. Characters try to find a balance between spending time with each guest and keeping the line moving. Some children may need a little more time than others. Just be patient.

After waiting in line, you should reach the front with your autograph book in hand, pen ready, and camera all set. Don’t be one of those people who waits until the last second to realize you need a pen and have to waste time fishing for it in your bag. Help the line move along by being prepared. You won’t want to miss out on a great character moment because you weren’t ready.

This rule applies to just about anywhere in the parks, but especially for the character meet and greets. Children look forward to meeting their favorite characters so for you to cut in front of them not only sets a bad example, but will surely upset them and their parents. If you’re not sure where the end of the line is, ask.

Again, this applies to the entire resort area, but under no circumstances are you to use bad language when interacting with a character. Even the villains never use words worse than “fools” and “idiots.” There’s no need for it and it’s incredibly disrespectful. It’s a family park to speak appropriately.

Some parents have gotten it into their heads that if they tip the character or Cast Member, they’ll get special treatment or some extra time with the character. Disney employees actually aren’t allowed to accept tips, and certainly not bribes. If your children want to create small gifts or cards to give the characters, that’s fine.

5. Don’t Hit On or Grope The Characters

Don’t go hitting on the characters, or skip the charade and hit on the Cast Member playing the character, during your meet and greet. There have been some reports of adults and young adults even trying to grope the characters. There’s a reason why Captain Jack Sparrow isn’t in Walt Disney World anymore except for the pirate tutorial show. It’s call assault. Don’t do it. Even if the character doesn’t wear very much, like Tarzan, behave yourself and treat them like human beings, not meat.

You should also never ever hit, push, or try to harm any Disney character. Even the villains deserve better, so be sure your kids know the rules. Violation of this rule can get you kicked out of the parks or even banned. No one wants that, so be kind to the characters, whether good or evil.

While it may seem strange to bring up current events with a Disney character during a meet and greet, it does happen. Don’t go up to Mulan and talk to her about the current state of China. You can ask her how Mushu is doing. Usually it’s best to let the characters take the lead on the topic of conversation, but try to stay within their world. Their stories are where they live and all questions or comments should be relevant to their world, not ours.

2. Don’t Break The “One and Only” Illusion

As adults we know there’s more than one Mickey Mouse in the Walt Disney World Resort. In fact, there are several of the same characters all over from the four parks to the restaurants in the resort hotels. Still, when going to a meet and greet, act as if this is the one and only. Don’t mention that you saw Mickey in Magic Kingdom earlier in the day as you’re visiting Animal Kingdom. Cast Members can hint that Mickey is just very fast and travels a lot, but don’t shatter the illusion for all the kids waiting their turn.

1. Don’t Try To Get Characters to Break

Disney characters go through extensive training to get the accent, mannerisms, quotes, and story lines down pat. They need to be able to improvise and have an answer for everything. It can be a difficult job, like when girls ask Rapunzel why she has her long blond hair when it was cut and turned brown at the end of her movie. Don’t make it your goal to get them to break character or feel the need to test them. They’re not allowed to break and if you push too much, the Cast Member who accompanies each character may ask you to move on. Again, don’t shatter the illusion.