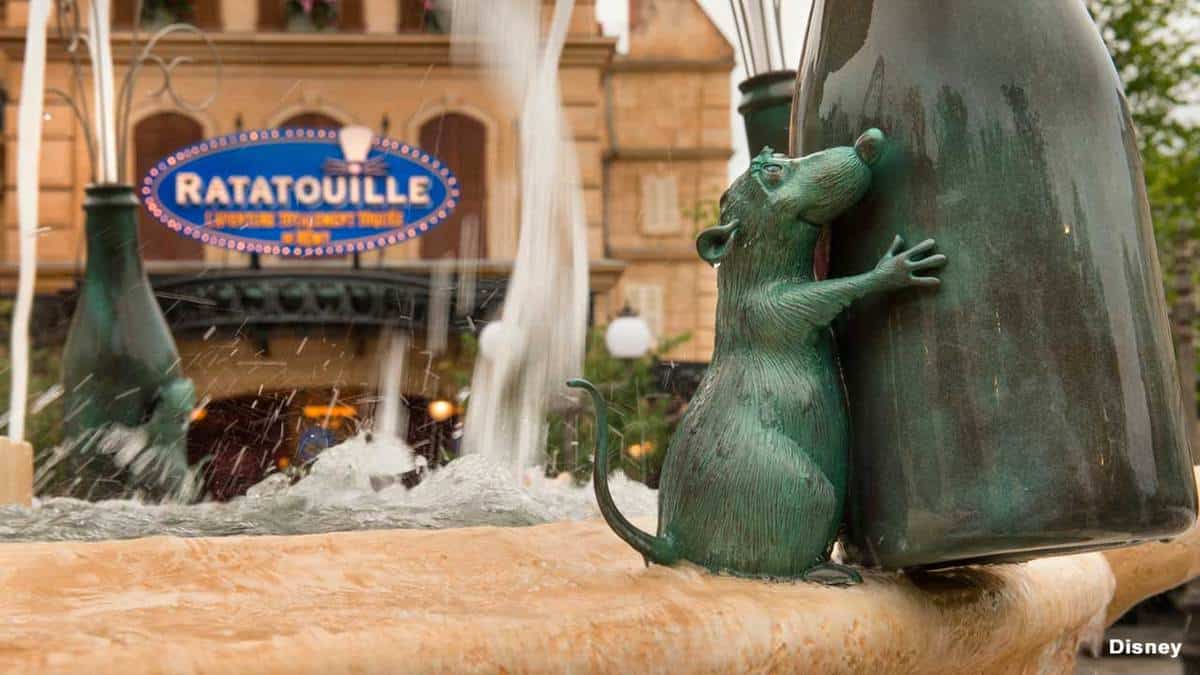 Disney World is forever unveiling new attractions, whether they’re original or a duplication of one that exists at another resort. In this case, it’s the latter. Yes, the Ratatouille-themed ride that’s set to open in Epcot in 2021 for the 50th anniversary celebrations is being modelled off its popular Disneyland Paris counterpart. And here are 10 things about the ride that are sure to whet your appetite!

If you’ve ever experienced Ratatouille: The Adventure at Disneyland Paris, then you’ll have an idea as to what’s going to be served up for Epcot’s attraction. The 4D ride will immerse you into Remy’s world and put you in his shoes – or rather his scurrying little feet! And if it’s also set to use the same setting, then you can expect to explore a lively kitchen too, with all the appropriate visuals, noises and smells.

Like its French sibling, the ride will be a 4D track-based one. And, being inspired by a movie, you can expect to be thrust into the rich and flavorsome world that was brought sizzling to life in Disney & Pixar’s 2007 hit Ratatouille. You’ll see Remy’s world everywhere you turn, you’ll experience the sounds and smells of a real kitchen (at Gusteau’s restaurant), and you’ll relive almost everything the cheeky rat does on the screen.

8. You’ll Leave With A Big Appetite

Don’t be too surprised if you leave this ride feeling a little peckish. After all, the movie does revolve around a rat who dreams of being a chef (move over, Lumiere). If any ride in Disney World is set to be the perfect recipe for adventure while encouraging you to grab some real cuisine afterwards, it’s going to be this one. Rat-infested kitchens or not, you’ll leave this one feeling hungry!

You don’t need a reason to visit Disney World for its 50th anniversary in 2021, but being a Ratatouille fan will at least help justify spending the money. So if the details of this ride are already starting to tickle your taste buds, then you should consider planning your 2021 visit. With a number of other attractions opening up that same year, this ride is both the starter and the icing on the cake!