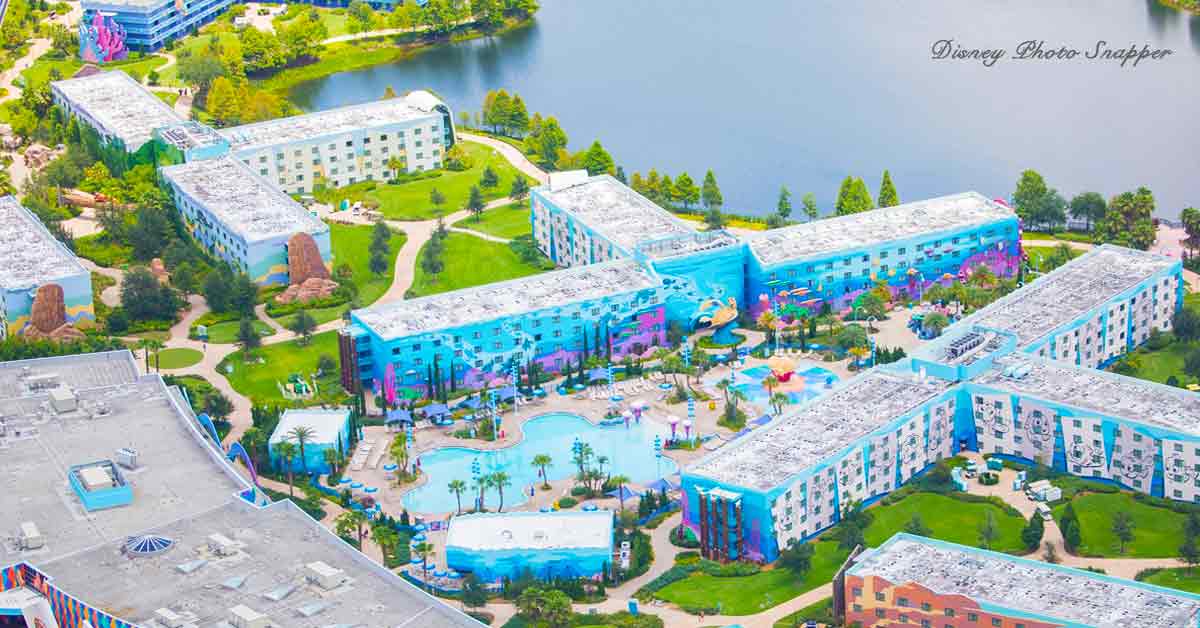 1. Tons of Light - Upon entering the lobby of the Grand Floridian Resort and Spa, guests are greeted with a stunning, Victorian-style setting featuring ceilings that soar several stories into the air.

2. Surf’s Up - Years ago it was actually possible to see—and surf—giant waves near the shores of the Polynesian Resort.

4. Massive Mural - The mural inside the Contemporary Resort was designed by Mary Blair, the same artist who worked on the it’s a small world attraction.

5. A Bunch of 2s - Coronado Springs is home to the largest conference center at a moderate level resort covering 220,000 square feet.

6. Major Sugar Buzz - Did you know that it would take more than 20 million cans of cola to top off the Coke cups at Disney’s All Star Resort?

7. Exclusive Parade - Each year guests of the Port Orleans Resort are treated to a special parade in celebration of Mardi Gras.

9. Goodbye, Beatles - The world-famous band, The Beatles, officially broke up at the Polynesian Resort.

10. Rolling Out the Carpet - Disney’s Art of Animation Resort covers 87 acres, one of the largest resort complexes on Disney property.

Left 4 of 4 right
Next: Here's What's In Store For Disney World's 50th Anniversary!