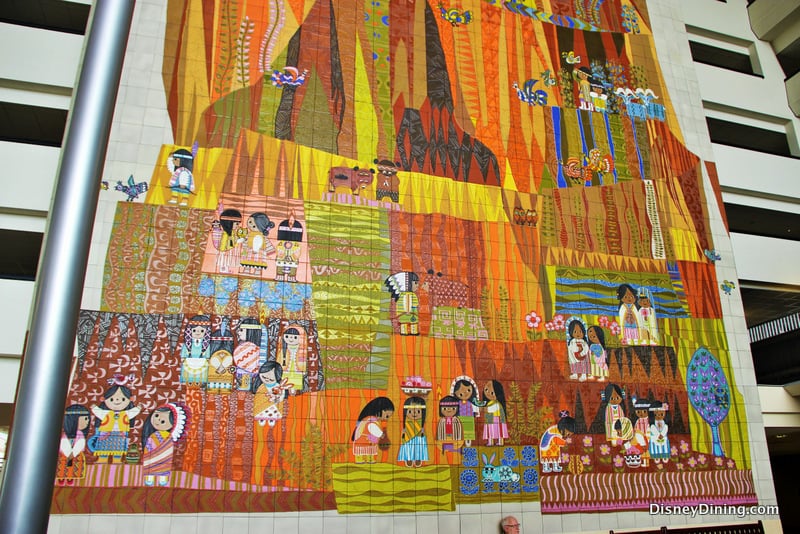 Hey, Disney trivia lovers! Did you know that the Play Disney Parks app has recently added a resorts section to the lineup? Though at this time you won’t find a general Disney resorts trivia game, check out these fun resort trivia facts and add them to your brain bank. You never know when they might come in handy.

Upon entering the lobby of the Grand Floridian Resort and Spa, guests are greeted with a stunning, Victorian-style setting featuring ceilings that soar several stories into the air. At the top are two sparkling chandeliers, each weighing about one-and-a-half tons!

Years ago it was actually possible to see—and surf—giant waves near the shores of the Polynesian Resort. Unfortunately, due to multiple failures with the wave-making machine, as well as the difficulties it presented to boats, the equipment was soon retired.

Two sister trees removed from the site of Animal Kingdom found new homes on Ol’ Man Island and Port Orleans Riverside—the largest trees to be replanted thus far in history. The largest stood around 55 feet tall and weighed about 85 tons. Hundreds of people worked to transport the live oaks over a series of three days.

The mural inside the Contemporary Resort was designed by Mary Blair, the same artist who worked on the it’s a small world attraction. It took more than a year and a half to design and produce the 6 ninety foot panels of the mural, with over 18,000 individual tiles used as the medium.