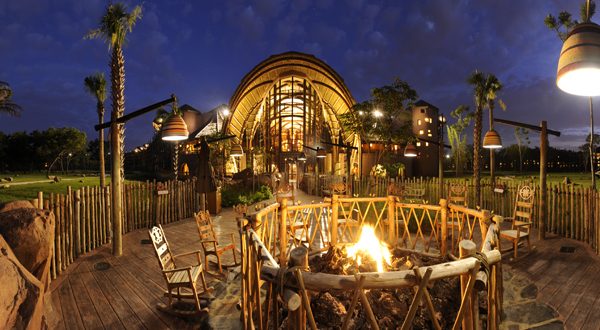 While there are more reasons to stay at Disney’s Animal Kingdom Resort than there are total number of spots on 101 Dalmatians, sometimes it’s worth calling out the best of the best (it’s also a lot easier and much less time consuming). So here are 11 reasons why Walt Disney World Resort’s very own “Pride Lands” make for the perfect stay during your Disney vacation.

You needn’t worry about “wasting time” enjoying your resort hotel, because with Disney After Hours you won’t miss out on any time in the park, either. There are, however, a limited number of tickets and it takes place on select nights only, which is why it’s a great way to experience the park crowd-free. Just be sure to check the official Walt Disney World Resort website for schedules and availability.

2. Pandora – The World of Avatar

In no universe can this place not be included on such a list. Pandora – The World of Avatar is based on the gorgeous tropical landscape of the exoplanetary moon from the epic sci-fi hit Avatar. Enjoy delicious exotic cuisine, staggering attention to detail (especially by night) and its two breath-taking signature rides, Na’vi River Journey and Avatar Flight of Passage.

3. Movies Under the Stars

Chill with your family under the stars – just like Simba, Timon and Pumbaa do in The Lion King. No, you won’t be watching the “great kings of the past” as they look down on you, but you will get to appreciate those “balls of gas burning billions of lightyears away”. That, and you’ll be treated to a classic Disney movie in a wonderful outdoor setting.

If Movies Under the Stars is your thing, then no doubt Campfire Activities will be, too. You’ll enjoy roasted marshmallows and campfire stories around a blazing fire where you can also share your own adventures. And in this neck of the woods you’re bound to end up with plenty.

There are characters that are unique to each of the resort’s four theme parks, and at Disney’s Animal Kingdom Park and at times its resort hotels, too, you’ll meet characters you won’t see elsewhere. There’s Donald’s Dino-Bash! in DinoLand U.S.A., for starters, which features the likes of Scrooge McDuck and Launchpad, and Asia’s Up! A Great Bird Adventure where you’ll meet Dug and Russell.

Disney’s Animal Kingdom Park in particular is bursting with wildlife from all around the world, including the entire real-life cast of The Lion King! Not only can you enjoy views of some of their habitats from certain resort hotels, but some even boast animal habitats themselves. Everyone is part of “the great circle of life”, but here you’re right in the heart of it.

7. No Two Resort Hotels Are the Same

It’s fair to say the resort hotels here differ enormously from one another. The likes of the electrifying Disney’s All-Star Resorts scream color, its Animal Kingdom Villas and Lodges offer views of Animal Kingdom’s lush African-inspired savannas and the wildlife that inhabits them, while Disney’s Coronado Springs occupies a Southwestern-inspired setting.

8. The Landscape is Stunning

Almost “everything the light touches” here is yours to explore. Seemingly authentic landscapes from jungle settings to African savannas accentuate the kingdom’s majestic wonder, and demonstrate just how much Disney’s Animal Kingdom Resort takes “pride” in its “lands”. And as mentioned with the resort hotels, depending on where you choose to stay you’ll enjoy views of those lands and beyond.

You won’t go hungry like a hyena in Disney’s Animal Kingdom Resort. Between the resort hotels you can choose from a number of delicacies ranging from African-inspired to Mexican-inspired as well as classic American and more traditional dishes. When booking your accommodation don’t forget to consider a Disney Dining Plan. And don’t worry – none of the food is slimy, just very satisfying!

It goes without saying that, besides all the “bare necessities”, as a guest you’ll also enjoy magical benefits during your stay. Take advantage of Extra Magic Hours (for select attractions only), Disney Dining Plans, complimentary transportation and parking, complimentary MagicBands and the option to make your FastPass+ reservations up to 60 days in advance when booking your accommodation.

There’s no better year to visit Disney’s Animal Kingdom Resort, as this July will also see the release of the live-action remake of The Lion King. So with things like new merchandise and of course existing festivities such as the Festival of the Lion King, expect the light to touch these lands more than usual. In the meantime, consider a resort hotel here and “take your place”…

2020-06-10
Daniel
Previous: Baymax Cupcakes That Will Leave You “Satisfied With Your Care”
Next: 14 Cart Foods We’re Crazy for at Walt Disney World Resort