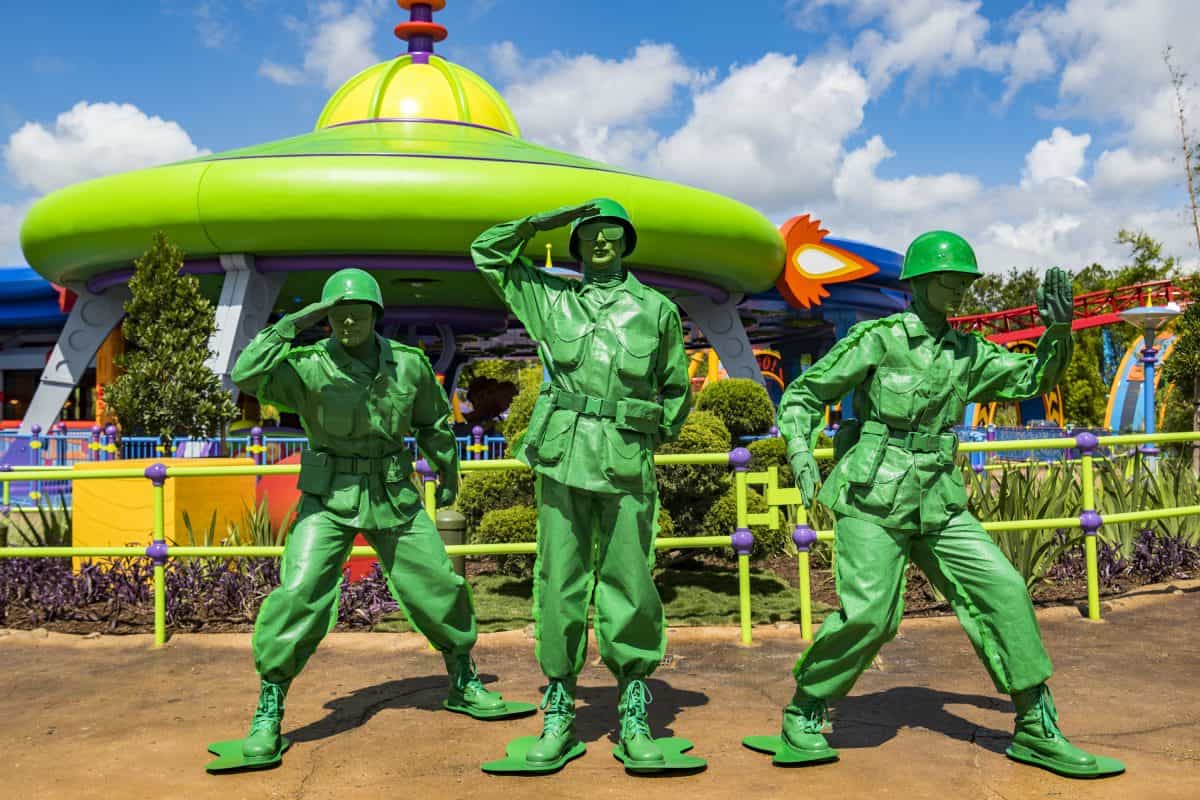 I don’t know about you, but I was really hoping that the new Toy Story Land would also include a resurrected version of the Pizza Plane restaurant, but alas, it does not. But Imagineers didn’t want us to swipe our memories clear of every thought of Pizza Planet. When you first enter the queue at the Alien Swirling Saucers attraction, you will see two robot guards (the same ones that stand guard at Pizza Planet in Toy Story). Both are holding round objects (pizzas). There is another nod to Pizza Planet in the artwork you see on the walls of the queue. Some of the artwork includes mushrooms and other pizza toppings in the background. We love that Pizza Planet wasn’t forgotten, but if you’re an Imagineer and you’re reading this, please bring back Pizza Planet! We diehard Toy Storyfans won’t feel complete until it’s there!

Cast Members inside Toy Story Land are referred to as toys. And every one of them has a “toy story.” If you want to hear their stories (their background as toys, how they got to Toy Story Land, etc.), simply walk up to a Cast Member—uh, toy—and ask, “What’s your toy story?” And then prepare yourself for a creative account of that toy’s journey. Some of the toys are from Al’s Toys Barn (and they’re glad they escaped!)  Others came from Amazon and other online companies. The stories are fun, and the fun is limitless—as are the opportunities for fun at this fascinating new land at Hollywood Studios.