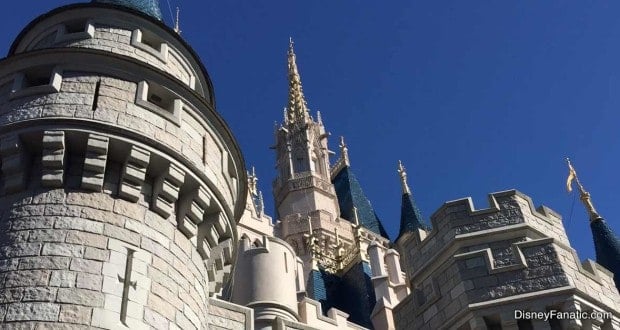 With a park as big as Disney World there are bound to be a few bizarre facts here and there that can elicit a chuckle, a “wow” or a gasp. We’ve listed a few below that I found wildly entertaining!

1. The Lost and Found dept. at Disney has “found” a number of weird objects around the park including a glass eye, a prosthetic leg and a potty trainer.

2. Amazingly enough, Cinderella’s Castle is made out of fiberglass, and stands 189 feet in height. Seriously?

3. Take a close look at the mosaic mural on the 4th floor lobby of the Contemporary Resort and you’ll see a 5 legged goat facing the Monorail track.

4. Around 200 feral cats prowl the grounds of Disney World after sunset. Why would Disney have such animals roaming around? Actually, they keep the rodent population throughout Disney in check. The cats are well cared for with food stations setup around the park. They also spay and neuter adults, and take kittens to shelters. The unlikely pest-control experts keep to themselves and lay low during the day but you may see a little feline face peeking out from beneath a bush here and there.

5. If a dangerous animal ever escapes in Animal Kingdom, all of the bathrooms in the park have doors with bolts (unlike the other parks) making it possible to cram everyone into the bathrooms and out of harms way.

6. Under the carpet just past the entrance to MuppetVision 3D, there’s a sign that says a key is under the mat. There actually is a key glued to the ground – simply pull up the mat and there it is!

8. The Kingdom of Morocco sponsored its own pavilion in Epcot, and the King sent his personal architect to aid in the pavilion’s design.

9. Some Spoonbill birds in the Oasis section of Animal Kingdom are given fake eggs to sit on. Why the ruse? To prevent overpopulation. It tricks the birds into thinking they’ve done their reproductive duty.

10. Straws at Animal Kingdom Theme Park are made out of a semi-edible paper that won’t choke the animals if accidentally ingested.

11. Originally, there were a host of conceptual designs for Soarin’ before the existing model. The final concept was designed on an old erector set over Thanksgiving.

12. On December 29, 1974, while vacationing at Walt Disney World’s Polynesian Resort with his family, John Lennon finally signed the paperwork that broke up The Beatles forever . I may never see the Polynesian Resort the same way again!