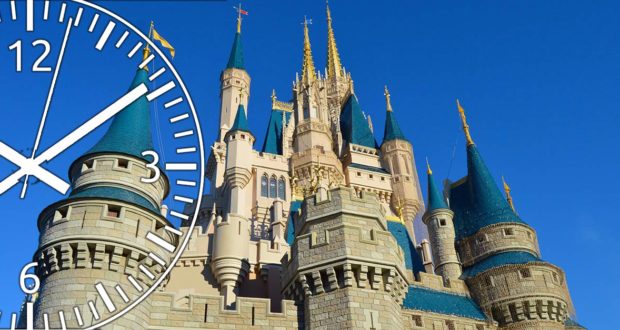 12 Ways to Save Big on Time at Walt Disney World

Whether you are planning a short trip, or you’re just looking to make your vacation as efficient as possible, there is a variety of ways you can cut down on time wasting activities during your next Disney trip:

The biggest time saver during a Walt Disney World vacation is actually simply doing your research. You don’t need to become a pro by the time your trip comes around, but knowing basic things like what each park offers in terms of attractions and entertainment will actually save you time while you’re there. Doing the research in advance means that you’ll be able to spend your time enjoying your vacation instead of trying to figure out what exactly you want to do all week while you’re there.

2. Have a basic plan

Following your research, you should have some kind of plan set in place for your Disney trip. It doesn’t even need to be anything set in stone, just knowing things like, it’s going to be nice out on whatever day so we’ll go to a water park then, will be helpful so that you’ll know exactly where you’re going and what you’re doing while you’re in the parks.

3. Arrive to the parks early

Getting to the parks early is super important because it can give you more time to relax in the middle of the day when the parks are the most crowded. If you get to the parks right when they open, you’ll be able to experience your favorite attractions with short waits as the crowds won’t fill in for a couple of hours. This will save you time in the long run because you won’t be waiting around in long lines for those same attractions later in the day.

Similar to arriving early, staying out late is important because you can experience attractions with shorter wait times, and doing so will free up the rest of your day. These two tips can be especially important in the off season when the parks have shortened hours. While the crowds are generally lighter then, it is still helpful to get the long wait time attractions out of the way in the morning and at night, and when the park closes at eight or nine you’ll want to stay out as late as possible.

There are a couple of ways that doing this will save you time. One is simply that you’ll have Fastpasses booked, so you won’t spend as much time waiting in line. Another reason to do this is so you won’t have to decide what to get Fastpasses for while you’re at Walt Disney World. While you might not think that would waste a lot of time, when you factor on all the different opinions of your family members and how many times you’d have that conversation over the course of your vacation, having them ready beforehand can be a huge time saver.

Touring the parks efficiently is an important time saver because it will keep you from going back and forth across the parks, which wears you out, and it will ensure that you do everything you want to do. Make a plan to do each section of the park before moving on to the next. If you skip something because the line is long then come back later, but do not drag yourself and the rest of your family back and forth across the park to do so.

Aside from the obvious perks like Extra Magic Hours and complimentary transportation, staying on property will put you right in the middle of the magic. And being so close to the parks means that you won’t be stuck wasting time in Orlando traffic jams to get to Walt Disney World, and you’ll be able to spend more time enjoying the parks.

10. Use Fastpasses for rides instead of shows

The benefit for Fastpass is greater for rides than it is for shows, and this becomes even more valuable if you are really looking to save time. Using a Fastpass for a show means you will have a guaranteed seat (assuming you show up at the beginning of the Fastpass window), whereas using a Fastpass for a ride means you’ll experience the attraction with little or no wait time.

If you know that meeting characters is going to be a large part of your trip, you might want to look into character dining locations. In general I would say that sit down restaurants are not the best idea for saving time, however if you’re going to wait in line for an hour to meet a character, dining at a character location will allow you to get dinner and the meet and greet out of the same amount of time.