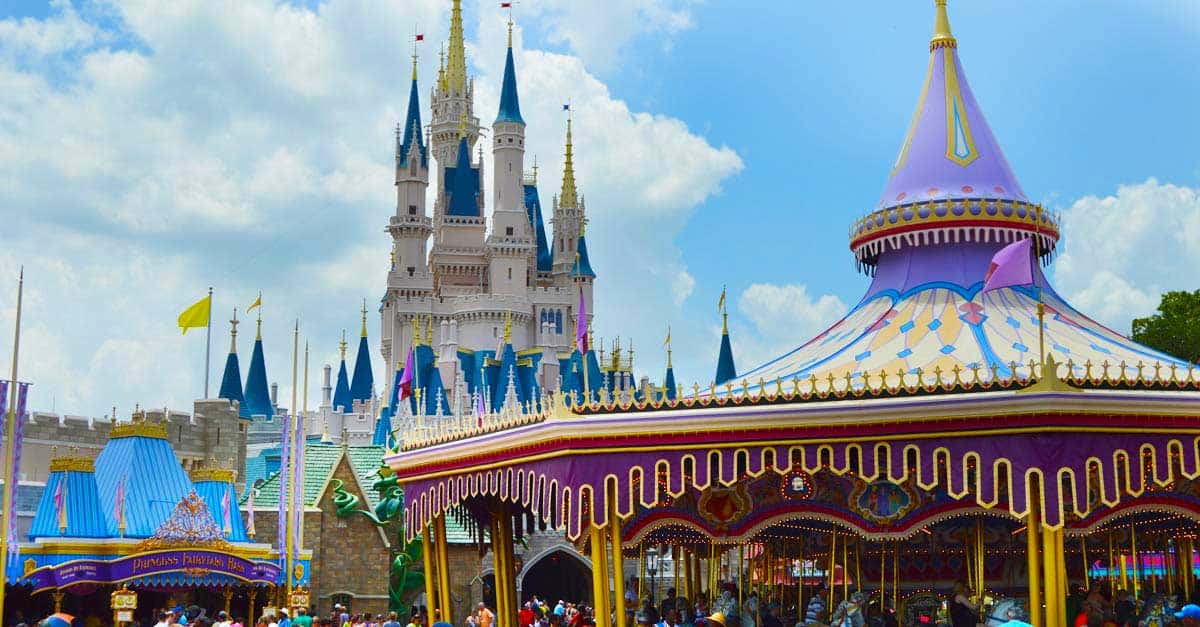 2. The charming history behind the Prince Charming Regal Carrousel

When considering how Walt Disney’s inspiration for his first theme park was sparked while watching his daughters on a merry-go-round, it seems pretty mainstay to imply that having a carousel at Walt Disney World Resort would be an essential traditional feature. And the one now standing at Magic Kingdom Park is a classic example of history and the many fun facts surrounding Fantasyland. It’s been known as the Prince Charming Regal Carrousel since 2010, having been renamed in lieu of the extensive renovations to Fantasyland. Prior to that it was Cinderella’s Golden Carrousel (also spelled with the French traditional double “r”). It was built in 1917 by the Philadelphia Toboggan Company and first appeared at Detroit, Michigan’s Belle Isle Park before later being moved to Olympic Park in Maplewood, New Jersey where it was known as the Liberty Carousel. The Disney Company purchased it in 1967 and transformed it into a Cinderella-themed carousel featuring 90 distinct horses (no two are alike). Cinderella’s own horse is even rumored to be one of the 90.

1. The magic of Mickey’s PhilharMagic

Fantasyland is home to what is arguably the very best 3D Disney screen feature of all time—Mickey’s PhilharMagic. The show, which runs regular performances throughout the day, stands out as a one-of-a-kind attraction on a number of notes. For starters, this show marks Mickey Mouse’s first-ever 3D appearance. Likewise, it features the largest compilation of animated Disney characters to ever appear together in a single 3D production, and even some of the original animators were brought in to help with the 2D to 3D transition of some of these beloved characters. 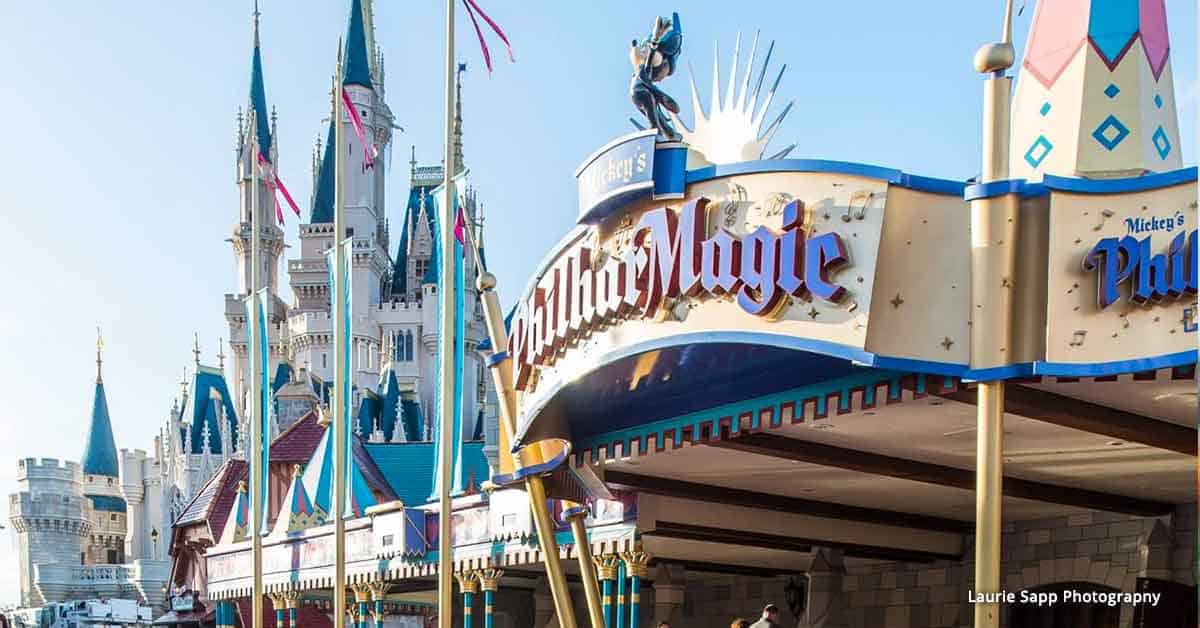 All the same, this was the first time Disney established a show done exclusively via computer with no hand-drawn animation. Also in keeping with traditional integrity, those with a keen ear may notice that the majority of Donald Duck’s dialogue throughout the show is comprised of actual lines formerly delivered by Clarence Nash, the original voice of Donald Duck, in past Donald Duck cartoons. There are just a few exceptions where Clarence Nash’s voice was not incorporated, like the part where Donald is humming along to “Be Our Guest” and the more recent voice actor Tony Anselmo took over. On one final note, Mickey’s PhilharMagic features one of the largest seamless projection screens in the world, spanning an impressive 150 feet long and 28 feet high and wrapping around the stage for an all-encompassing guest-character experience to better bring all the magic to life.

The overall enchantment of Magic Kingdom’s Fantasyland makes visiting here a timeless experience for all ages to enjoy. And that’s exactly what Walt Disney set out to do. While Magic Kingdom Park is undeniably the overall embodiment of Disney magic and dreams, Fantasyland is the epic center that disperses this very magic and makes such dreams come true.

Left 6 of 6 right
Next: 6 Things You Need to Know About Disney’s Magical Express