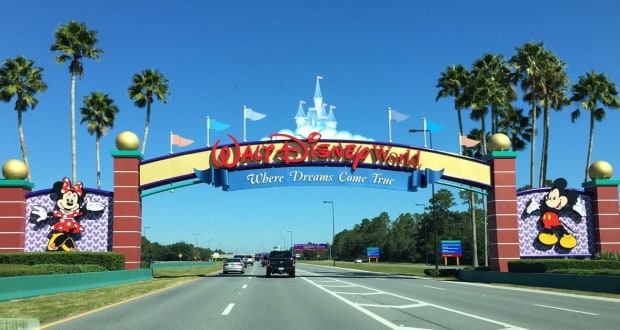 As a former cast member, and diehard Disney fan, I like to think that I’m pretty laid back and easy going. I definitely prefer to stay out of drama, and it really takes a lot to get on my nerves. That being said, there are some things, that as a true Disney fan, really do annoy me, no matter how much I try not to let them bother me.

15) Rude behavior of other guests

While I don’t by any means let it get to me, and ruin my trip, rude guests can be annoying. True Disney fans don’t like it when others use flash photography on dark rides, or stop in the middle of a walkway and block it with their entire family, just to name a couple of examples of rude behavior.

Of course, as a former cast member, I know this kind of guest all too well. There is nothing more annoying than simply doing your job and enforcing whatever rule, only to have guests do the opposite with blatant disregard for whatever you’re saying. This behavior is annoying for fellow guests as well though. For instance, if a guest climbs aboard a parking tram after the call for final boarding, all of the guests will need to sit through the safety message again, or when guests do not move to the end of their row in a show, the guests coming in behind them will either need to climb over them or split up.

12) Guests who cause awkward social interactions

This behavior is not necessarily rude, because I’m assuming they don’t mean it to be that way, however some guests cause very awkward social interactions, and it’s honestly something that annoys me as a Disney fan. Here’s one example– one time, while I was waiting for the Boo to You parade to start at Mickey’s Not So Scary Halloween Party (which was sold out by the way) guests lined Main Street behind me, and the crowd ended up moving slightly forward to accommodate the crowd. I was not particularly close to anyone however, and the woman in front of me turned around and said, “Can you get any closer to me?” It was extremely awkward, and I didn’t know how to respond, nor did I know what she was thinking attending a sold out party and thinking she’d have a good amount of sidewalk to herself.

For whatever reason, there are a lot of rumors about Walt Disney World, and the company in general that can easily be proven false with the tiniest bit of research. As a true Disney fan, people who insist on telling me about how Walt Disney is frozen, or that he was anti-Semitic, really rub me the wrong way. It takes very little research to prove both of these rumors wrong, so people who insist on telling me that they’re right in these areas are quite honestly annoying.

10) People who focus on the negative aspects of the company

Like any company, not everything the Walt Disney Company has done has been great. It is a business after all, and sometimes things happen that are not so positive. Especially while on vacation, I would much rather focus on the positives. I find it incredibly annoying when I’m just trying to enjoy myself and someone reminds me of how they hate that Disney owns Star Wars because they’re “ruining it.”

Though it is not the most annoying item on this list, sometimes guests who constantly compare the different parks can be annoying, especially when they have a huge bias towards one of the parks. While Walt Disney World is my “home” park, I would not trash Disneyland when I visit there. It’s much less annoying when people appreciate each of the parks for what they are, without trying to convince others that one is better.

If you’ve ever been on a crowded bus or monorail while leaving a Disney park in July, you know what I’m talking about– and we’ll leave it at that.

7) People who complain on vacation

One thing that I definitely do not have patience for is being with people who complain on vacation. If their complaints are valid, then that’s totally fine, but I really find it annoying when people complain about things like the heat and how much walking they’re doing on a Walt Disney World vacation.

I usually love Disney merchandise, however I’m not really a fan of the generic items, like the year specific merchandise and t-shirts that just say “Walt Disney World” or something like that. This is likely just a personal opinion, but I’d much rather purchase something more specific to my likes than a generic Disney item.

People who claim to know everything there is to know about Disney, but really they’re more like tour guides full of incorrect information, are very annoying. They’re especially annoying when they insist that their incorrect facts are right– check your facts before you show off your knowledge people!

I would say that in general, when someone asks how you’re paying for anything in life, they’re being rude. How you make your money, and what you choose to do with the money you work for is really your business and no one else’s. Even though I don’t stress out over people who ask me this question, I do find it annoying that people feel the need to know where my vacation money is coming from.

Similarly to the finance question, I find this question to be slightly rude. For a lot of people, especially childless adults, going to Disney for most/all vacations seems odd. For some hardcore Disney fans, going to the beach for vacation seems odd. To each their own I guess. I can’t speak for other Disney fans, but I for one do not like feeling like I need to defend my decisions to other people who are un-phased by whatever I’m doing.

One thing that really bothers me is when other people try to convince me that Disney is for kids. Some people will never understand, and that’s fine, but it’s definitely annoying when people just want to be right, and prove to you that Disney is really only great when you bring your kids with you and center the trip around them.

Disney Fans 2016-01-09
Brittany DiCologero
Previous: 10 Things Nobody Tells You About Dining at Disney World
Next: Top 10 Foods We, And You Should Go Crazy For At Walt Disney World!