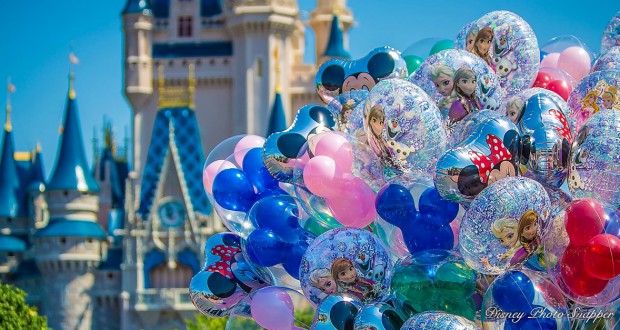 Because of Disney’s size and history both on screen and with it’s theme parks worldwide, there is an inexhaustable list of trivia and fun facts available to peruse! We hope you enjoy the following:

2. In usual Disney fashion, characters from one movie are often hidden in other flicks. One example, in the opening scenes of the Little Mermaid, Goofy, Mickey and Donald Duck attend King Triton’s concert.

3. Disney held the patent for Technicolor for a few years, making him the only animator who was allowed to make animated films in color.

4. In 1938, Walt Disney was given one regular-sized, honorary Oscar and seven little Oscars for Snow White and the Seven Dwarves.

5. Guess who used to work in the magic shop in Disneyland? Steve Martin!

6. Sulley from Monsters Inc has a staggering 2.3 million individual hairs, each of which are animated. Every single frame of his hairy character took 12 hours to produce.

7. ‘King of the Jungle’, was the original name for Disney’s The Lion King until one of Disney’s geniuses pointed out that lions don’t live in the jungle. That would have been an enormous “oops!”

9. Wayne Anthony Allwine, who was the voice of Mickey Mouse for 32 years, was married to Russi Taylor, who played Minnie. The couple was happily married until his death in 2009.

10. Disney World frequently attracts alligators, mostly because of its’ swampland setting. These ancient beasts have been discovered swimming around Splash Mountain, and even in one of the public toilet areas.

11. On September 11, 2001 Disney World was evacuated in a staggering 30 minutes. The staff was afraid they could be an additional target of terrorism. In an herculean effort, the staff worked all night long to put up the park’s Fourth of July decorations as a show of their national solidarity.

13. Did you know that Disney World resort is about the same size as San Francisco?

14. If you endeavored to sleep in every single room at Disney world, you would need to have a 68 year long sleepover!

15. Steve Jobs – Apple’s Cofounder was Disney’s largest single shareholder and was also on the board of directors. On the day he died – Disney World flags flew at half mast in his honor.

16. Disney Princesses in the park are required to fit a certain body type to work at the parks. Princesses must be between 5’4 and 5’7 while Tinkerbell, Alice and Wendy must be more petite – between 4’11” to 5’2″. All of these lovely ladies must also be under 27 years old.

17. Walt signed up for the army at age 16, but was rejected because he was too young. Eventually, he became an ambulance driver in World War I France.

18. Walt Disney received more Academy Awards and nominations than any other person in history! Walt was nominated for 59 Academy Awards times and won the Oscar statuette an incredible 22 times!

If you loved this Disney trivia, please check out our article “20 Interesting Facts About Walt Disney Parks“