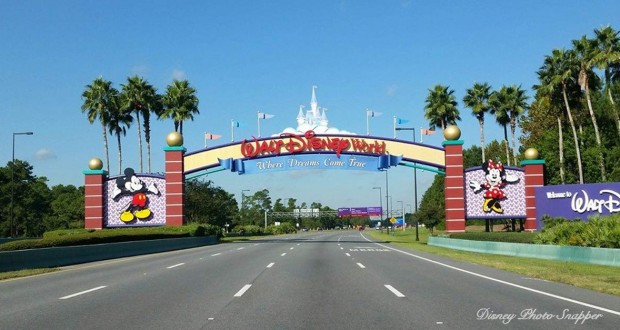 20 Disney World Experiences That Give Us Chill Bumps

According to definition, chill bumps or goose bumps or goose pimples (medical term cutis anserina), are the bumps on a person’s skin which may involuntarily develop when a person experiences strong emotions such as fear, nostalgia, euphoria, awe, and admiration. If you’ve ever been to Walt Disney World in Florida, you likely have experienced all of these emotions. After all, it is The Most Magical Place on Earth! Here are 20 Disney World Experiences That Give Us Chill Bumps.

1) Driving under the Welcome Sign – For many people, a trip to Walt Disney World is something we look forward to for weeks, months, even years. When the day finally arrives, we are so excited! Whether you drive your own car or take Disney’s Magical Express from the airport, there’s nothing like driving under the welcome sign, “Walt Disney World – Where Dreams Come True”. You’ve finally made it!

2) Seeing Cinderella Castle – The Magic Kingdom entrance is designed much like a movie. At first you only see the previews. The Main Street train station, Town Square, and then you round the corner to Main Street USA. At the end of the street is Cinderella Castle, beckoning you forward. Whether it’s your first trip or your 100th, it is a sight to behold!

3) Meeting Mickey Mouse – No matter what your age, you absolutely must meet the Big Cheese himself, Mickey Mouse! *Spoiler alert! Yes, he may just be a person in a costume, but you will feel like you’ve met a celebrity! You can even meet “talking Mickey” at the Town Square Theater in Magic Kingdom.

4) Wishes – Even tough guys will get “weepy” as Jiminy Cricket narrates the Magic Kingdom’s nightly fireworks show. Stand in front of Cinderella Castle for the best view, and bring some tissues!

5) Tinkerbell’s flight – Just prior to Wishes, don’t miss Tinker Bell when she takes flight from the top of Cinderella Castle! Stand somewhere in the forecourt or on the surrounding bridges for the best view.

6) Celebrate the Magic – Cinderella Castle transforms into a piece of living art at this nighttime show honoring the art of Disney storytelling. *Tip: In my opinion, this is the best thing at Walt Disney World.

7) Illuminations – The longest running fireworks show at Disney, Illuminations is spectacular! Shown nightly around World Showcase in Epcot, Illuminations sports a floating globe with hundreds of video screens, pyrotechnics like you’ve never seen, and a musical score that will raise the hair on your neck!

8) Fantasmic – Fantasmic is shown most nights at Disney’s Hollywood Studios. There is no better way to wrap up your day here. When Mickey Mouse pops out of the fog on the top of that mountain, the crowd goes wild!

9) Riding the monorail – Disney’s “Highway in the Sky” is only one of the transportation options you’ll have on your vacation. But make no mistake, it is the most thrilling! Take a ride from the Magic Kingdom to Epcot. The monorail even takes you on a tour of Epcot before dropping you off at the entrance.

10) Haunted Mansion – 999 happy haunts are awaiting your arrival at Magic Kingdom’s Haunted Mansion. Will you be number 1000? Be sure to bring your death certificate!

11) Soarin’ – Take flight and feel the wind through your hair as you fly above breathtaking vistas of California on this hang-gliding simulator in Epcot’s Future World. You’ll even fly over Disneyland!

12) Tower of Terror – The best part of this attraction is what happens before the “thrill”. But hang on to your hat when the elevator doors open! As if possessed by some unseen ghost, your elevator will plummet down and speed upward over and over again. When will it end?

13) Parades – Disney World offers several parades each day, most of which are in the Magic Kingdom. Be sure to catch the Festival of Fantasy afternoon parade and the Main Street Electrical Parade each evening. During the Fall, enjoy special parades for Halloween and Christmas. *Tip: Watch from Frontierland for lower crowds.

14) Snow falling on Main Street – During the Christmas season, you can experience snow falling in Florida! Main Street USA is decorated in its finest and the magic of Disney provides the rest!

15) Candlelight Processional – The holidays are spectacular at Epcot! On select evenings in November and December, you can enjoy a mass choir, a 50-piece orchestra, and a celebrity host narrating the traditional Christmas story.

16) Osbourne Family Spectacle of Dancing Lights – A holiday tradition at Disney’s Hollywood Studios, you will marvel at millions of glittering lights perfectly synchronized to holiday music, twirling carousels of heavenly angels, toy soldiers, a spinning Earth, and even Santa and his trusty reindeer. It’s something you have to see to believe!

17) Kilamanjaro Safaris – Most of us will never experience a real-life African safari. Well, you can have the next best thing at Disney’s Animal Kingdom! Glimpse real animals in their natural habitats during an 18-minute expedition into the Harambe Wildlife Reserve.

18) Dinosaur – Travel back in time on this scary, prehistoric tour aboard a Time Rover to save a dinosaur from extinction. Pray you don’t get eaten alive!

19) Expedition Everest – In Animal Kingdom park, you can join the search for the Yeti in the Himalayan Mountains. That is, as long as the train tracks hold out!

20) Hotel lobbies – No matter what time of year you go, or where you stay, take part of one day to explore the hotel lobbies of Disney’s deluxe resorts. You will be awed by the Wilderness Lodge, Animal Kingdom Lodge, the Grand Floridian and others. While you’re there, enjoy a wonderful meal at one of the many sit-down resort restaurants.