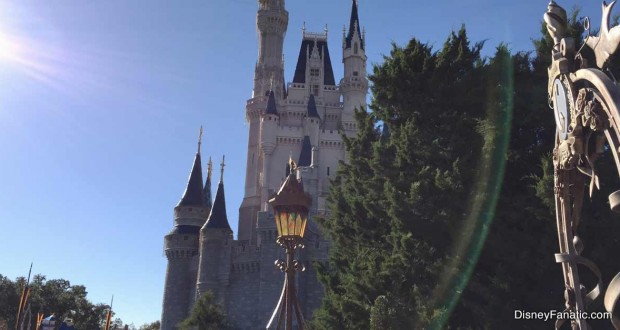 Walt Disney opened his original theme park, Disneyland, in 1955. Years later, he began considering an east coast version of Disneyland. Unfortunately, he died before his new plans came to fruition. Still, his legacy of creativity left us with what has become the most popular vacation destination on earth, Walt Disney World! Here are 20 amazing facts you may not know about the “House of Mouse”.

15. Cinderella Castle is 189 feet tall and is the tallest structure in the Magic Kingdom.

14. When you walk into the Magic Kingdom, you’re actually on the 2nd floor of the park! The 1st floor is underground and houses the “utilidors”, tunnels that allow employees, small vehicles and other services to move around unseen.

13. Both the Carousel of Progress and It’s a Small World made their debut at the 1964 World’s Fair in New York.

12. In the Animal Kingdom park, the Tree of Life is 14 stories tall, has over 300 animal carvings in its trunk and houses the 3-D show, It’s Tough to be a Bug.

11. The Great Movie Ride in Hollywood Studios is housed in a replica of Mann’s Chinese Theater in Hollywood.

10. In The Many Adventures of Winnie the Pooh, a subtle reference is made to Mr. Toad’s Wild Ride, the former tenet of that space in Fantasyland.

5. The Seven Seas Lagoon was originally configured for artificial waves, tall enough to allow surfing. The machine began operation with the opening of the resort in 1971. However, it was soon disabled after causing severe beach erosion.

4. In the Magic Kingdom, the pavement changes across time and location from Liberty Square (representing Colonial America) to Frontierland (representing the old west).

3. Spaceship Earth in Epcot is a fully-elevated geodesic sphere, supported by three pairs of “legs” buried 160 feet deep into the ground. The outer shell consists of 11,520 isosceles triangles.

2. Built in 1917, Prince Charming Regal Carousel in Fantasyland was once located at Olympic Park in Maplewood, New Jersey.

1. In Epcot, World Showcase consists of 11 countries including Mexico, Norway, China, Germany, Italy, Colonial America, Japan, Morocco, France, United Kingdom and Canada. Morocco is the only country in the World Showcase in which the government was actually involved in the design and construction of the pavilion.