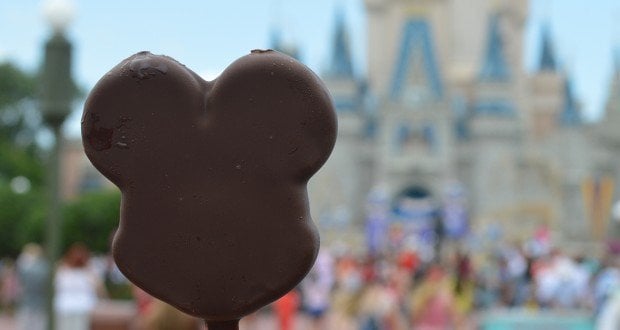 1. 125 orders of meatloaf and mashed potatoes are ordered every day at 50’s Prime Time Cafe at the Disney Hollywood Studios. That’s a lot of home cookin’!

2. 7 million hamburgers are eaten in the park yearly.

4. 1.4 million barbecued turkey legs are gnawed at each year at Walt Disney World.

6. 6 hours – the amount of time needed to cook each turkey leg.

9. .5 million pounds – that’s the amount of macaroni and cheese eaten each year.

10. 5 – the number of party chefs that make wedding cakes exclusively for Disney guest weddings – That’s a lot of bridal receptions!

12. 1 million pounds of watermelon are eaten in 1 year at the park. That’s a lot of melon carving!

15. 18.2 million packets and 2 million pounds of bulk ketchup are used at WDW annualy.

Disney World Food isn’t just for kids! These stats will impress even the most discriminating adult foodie:

17. A 7-course custom menu is served at Victoria & Albert’s. 7 courses? That’s an appetizer, salad, sherbet to cleanse the palette, soup, entree, dessert… what’s the other one?

18. Additionally 4,200 selections of wine are in the cellar of this famed restaurant.

19. 13 courses are served at the chef’s table, an exclusive dining experience, inside the kitchen of Victoria and Albert’s. This extraordinary dining experience last 4 hours! I wonder how many calories that adds up to?

22. 10,000 dessert soufflés a year come out of the oven at Victoria & Albert’s at Disney’s Grand Floridian Resort & Spa.

20. 550 sommeliers at Disney have been awarded the Court of Master Sommelier Introductory Certificate.

23. 70 pounds of vine-ripened tomatoes are served at the California Grill every night during “tomato season,” July through November.

25. 26.2 miles – the length of bratwurst served every 60 days at the Biergarten restaurant in the Germany pavilion at Epcot. That, by the way, is the length of a marathon!

Ok… Now I’m totally hungry!!! If you’ve ever eaten at Victoria and Albert’s or any of the other restaurants we’ve mentioned in this article, we’d love to hear about your experience. Leave your comments below!