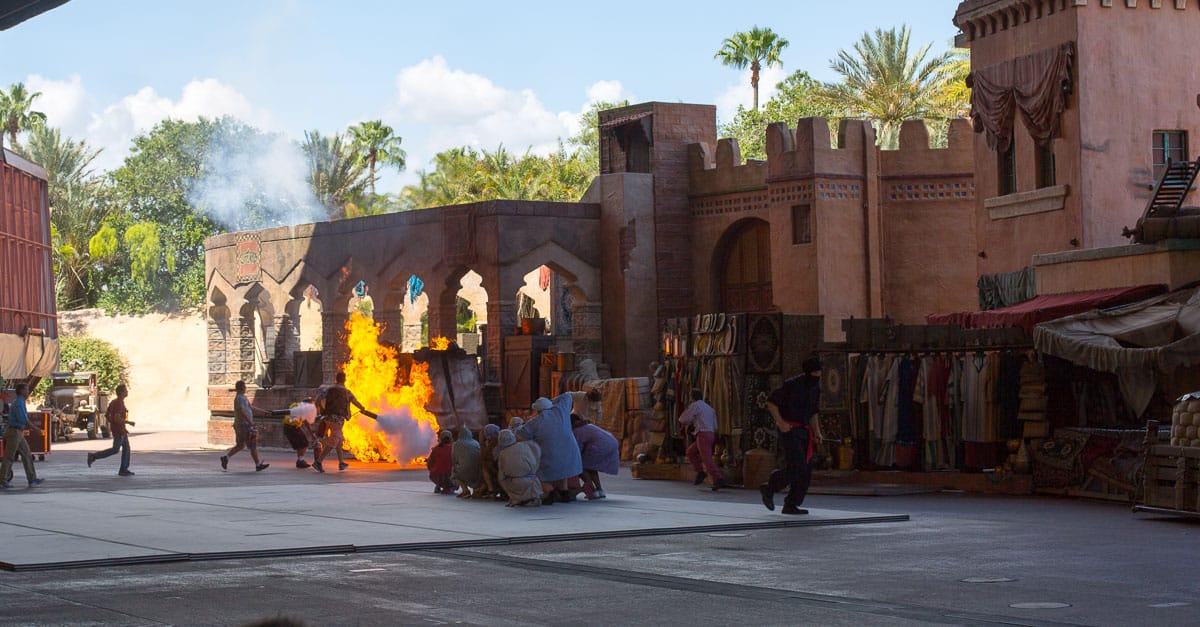 When Disney acquired LucasFilm, it also inherited your favourite whip-cracking, fedora-wearing archaeologist, Indiana Jones. Disney’s Hollywood Studios’ Echo Lake is where you’ll find Indy in the middle of the action, in a popular stunt show performance that’s filled with special effects, explosions, incredible stunts, lots of action and much more in the way of movie magic.

Indy must search for the “golden idol” with the help of his friend Marion, and battle and evade bad guys, dodge traps and bullets, and engage in explosive vehicle pursuits as they do, all the while the show’s director talks you through the movie magic. But if you want to be immersed even more into the action, then make sure you put your hand in the air when they call for volunteers!