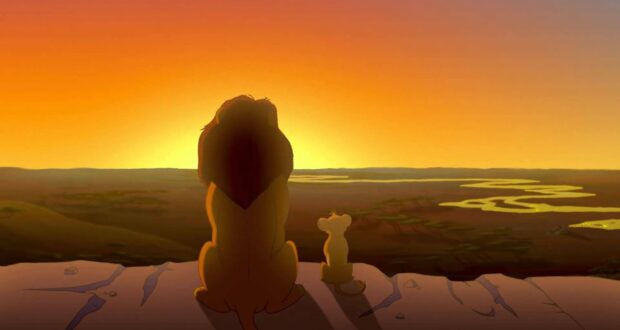 5 Disney-Themed Lands That Should Exist at Disney World

Have you ever wondered why some themed lands are missing from Disney World? And by movie-themed lands, we mean the more ‘traditional’ Disney movies – not the likes of Avatar – The World of Pandora and Star Wars: Galaxy’s Edge. Sure, Disney World has Toy Story Land, but that’s it! So let’s look at what Disney movies deserve their own lands, and what upcoming projects in other Disney Park Resorts should be a no-brainer for Disney World…

Wreck-It Ralph isn’t based on a video game as such, but it does feature many real-world ones like Sonic the Hedgehog, Street Fighter and Pac-Man. We also know that video game-inspired themed lands are popular, considering Universal Studios is preparing for Super Nintendo World. Rumor has it there’s a Wreck-It Ralph attraction in the works at Tomorrowland – which is pretty exciting – but what about its own land?

Wreck-It Ralph and its sequel were box office smashes (pun intended), and its lead characters Ralph and Vanellope have quickly become iconic Disney characters. So we think that Ralph’s power cable-based homeworld definitely deserves some time in the sun. Imagine visiting Tappers for a refreshment after hitting Litwak’s Arcade, and then exploring the land via ‘cable’ car, enjoying attractions such as Hero’s Duty and Sugar Rush as you go!

Technically speaking, the House of Mouse has already heard our cries for a Zootopia-themed land, but sadly not at Disney World. What does Shanghai Disneyland have in store for Zootopia (aka Zootropolis)? Well, themed restaurants, stores, attractions and characters are pretty standard, but let’s look at what a Disney World-based land would need to feature, based on the incredibly rich world of the movie.

For starters, it goes without saying that Zootopia could justify its own theme park. After all, the animal-inhabited world is divided into different regions such as Rainforest District, Sahara Square, Savanna Central, Tundratown and Downtown. Imagine a monorail that includes a visit to Little Rodentia, for starters, where guests could ‘shrink’ to the size of rodents! Will Judy Hopps ever make her way over to Disney World? Here’s to hopping – er, we mean hoping!

Another themed land in the works is Arendelle – World of Frozen. Unfortunately, this won’t be in Disney World, either, as it’s set for Disneyland Hong Kong, Tokyo DisneySea and Disneyland Paris. With that said, there are plenty of Frozen-themed experiences at Disney World. On the other hand, we’re surprised such a themed land doesn’t already exist here, seeing as Frozen has been a worldwide phenomenon since the first movie in 2013.

As is the case with Zootopia, the land currently in the works will undoubtedly feature stores, restaurants and attractions. And as there are already plenty of Frozen attractions and experiences at Disney World – such as Frozen Ever After, the stage show and Character Greetings- why not round them up for a themed land? One covered in snow, of course, whose centerpiece would be none other than the epic ice sculpture that is Elsa’s castle.

If Toy Story deserves its own themed land, then so does Monsters, Inc. After all, Monstropolis is an actual world, whereas the toys occupy only the very lower levels of ours! There are, however, Monsters, Inc. experiences at Disney World, such as Monsters, Inc. Laugh Floor and a Character Greeting with Sulley, but it’s the likes of Tokyo Disneyland and Disneyland California that house the actual attractions (which are pretty awesome).

As for a themed land, the bustling city is begging to be built at Disney World. It’s colorful, vibrant, stylistic and has some notable locations as seen in the movies – the Monsters, Inc. factory and the Monsters University. It would also have to feature attractions such as Monsters, Inc. Ride & Go Seek or Mike & Sulley to the Rescue, as well as a whole bunch of Character Greetings.

1. The Pride Lands (The Lion King)

We’ve saved the best for last, and of all the movie franchises on this list, the absence of a themed land based on this one has to be the most surprising. But there’s still no shortage of The Lion King at Disney World, not when you consider Rafiki’s Planet Watch, Tree of Life Awakenings, Festival of The Lion King, all the merchandise and of course the real inhabitants of Animal Kingdom Park itself!

But not everything the light touches at Disney World is The Lion King-inspired, and a safari park is no substitute for a themed land. The Pride Lands would make an incredible one, and its centerpiece would undoubtedly be Pride Rock, which we can imagine housing a cave of adventures for the cubs. There would also be an elephant graveyard-inspired maze and ‘worry-free’ tropical gardens for some downtime. Oh, we just can’t wait for this to become a thing!

Some of the experiences we’ve talked about remain temporarily closed due to the ongoing pandemic, but there are still many ways to get your fix for all the franchises we’ve talked about. Just be sure to visit the official Walt Disney World website for up-to-date information.