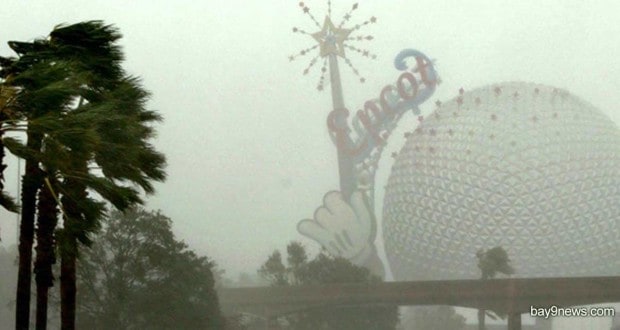 5 Things You Should Know When It Rains At Epcot

You are having an amazing time at Walt Disney World’s Epcot theme park. The day could not get any better, when all of a sudden, rain strikes. Florida sticks to its unpredictability and sends a downpour of rain upon the park. But fear not. This is not the end of your magical day! Here are five things you should know when it rains at Epcot.

Disney’s Epcot has gained critical acclaim thanks to this high speed attraction. Unfortunately, Test Track is unable to function during any rainstorm. This is because the final portion of the ride takes place on an outside track. At the first sign of rain and or lightning, cast members will shut down the attraction and stop admitting guests. Those in line are welcome to wait, but rain delays can last anywhere from five minutes to an hour or more. Rain is the ever sworn enemy of Disney’s Test Track. Well, that and guests who cannot stand at the yellow line like they are asked to.

This attraction should be the ride you dash for if it is raining horrendously. Ellen’s Energy Adventure is a forty-five minute long presentation, featuring a movie and a slow-cruising ride. Not only is this ride incredibly cozy, it will also kill plenty of time for the rain to pass over while you remain entertained. It surely beats waiting in line for Soarin and wasting the battery on your phone. The attraction can be found in Future World East, within the Universe of Energy pavilion. Be sure to ride this attraction whenever you can. There are many speculations that this classic ride will soon be shutting down. True or not, do not miss this beautiful and exciting piece of Walt Disney World history.

When rain remains looming over Epcot, the fabulous shows around the World Showcase undergo changes of their own. Shows like the Canadian lumberjacks and the French acrobats will be cancelled entirely. The Chinese acrobats actually move their show indoors, within the waiting area for the panoramic film. Watching this movie is another great way to kill time until the rain passes over.

Character meet and greets also undergo a shift due to rain issues. Because it is indoors, Epcot’s Character Spot remains operational. However, most of the characters in the World Showcase are unable to appear. Alice and Mary Poppins have both had instances of meeting indoors at the United Kingdom pavilion. The same goes for Winnie the Pooh and Tigger. Across the lagoon, Mulan shifts her meet and greet as well. China’s hero moves indoors, to the same location where the acrobats perform under rain conditions. She can be found in the waiting room for China’s panoramic movie.

No matter what happens, the crews at Disney’s Epcot do whatever they can for the show to go on. Illuminations, the firework spectacular, will not be cancelled under any circumstance other than hurricane force winds. The show will be delayed for hours if it must, but cast members will do what they can to maintain their audience and get the show going.

Do not despair when rain glums up your day at Epcot. Just like the other parks at the Walt Disney World Resort, cast members do their bests to continue every show and attraction. It is this magical perseverance that makes any visit to Disney, sunny or rainy skies, an amazing one.

Michael is a former Disney cast member, online novelist, and aspiring author. He hopes to return to Walt Disney World and become an Imagineer on the writing team. He currently resides in Naples, Florida.