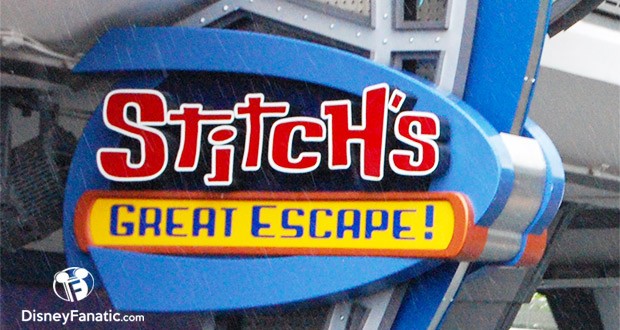 Like anything else in life, even Disney attractions cannot please everyone. At such a large destination, it is no surprise that everyone can find some attraction he or she dislikes. While I am usually a fan of all things Disney, even I must admit that some attractions just cannot hold my interest. Here are my top 6 picks for the worst attractions at Walt Disney World:

Disney Quest is not necessarily a bad attraction, it is just not something I would choose over everything else that Disney has to offer. For starters, I hardly ever go to Downtown Disney. (This is because my trips to Walt Disney World are usually very short, and I would rather spend my time in the parks.) That being said, Disney Quest does have some great attractions inside. Cyber Space Mountain, where guests can design and ride their own rollercoaster is a great experience, and I personally love arcades and classic video games. Unfortunately, I cannot say that the offerings inside Disney Quest are enough to get me over to Downtown Disney, or pay the extra admission fee to get in on a regular basis. This is something that I might do if I were a local in the area, or if I were on a longer trip, but it is not something that I can justify doing on most of my visits.

Lights, Motors, Action! is probably a great attraction for someone who is very interested in cars and how the stunts are created in movies. Unfortunately, I am not one of those people. The first time I saw the show, I thought it was very interesting. I never knew how these kinds of stunts were performed, so it was interesting to learn about the behind the scenes side of how movies are made. This attraction has made my list because after doing it once, I have no real desire to do it again. I can understand why other people might experience this attraction more than once, I’m just more interested in other parts of Hollywood Studios, so it would not be a priority for me to do it again anytime soon. It should also be noted that if it’s a hot day, the seating area is completely unshaded and fire is used in portions of the show, so it can be quite uncomfortable.

I have a love/hate relationship with it’s a small world. I love the concept and the history behind it. I love learning about what went into designing this attraction. I love the message it is trying to get across. I hate being stuck in the last room with the song playing over and over, sometimes while being bumped by the boat behind you. This often happens at it’s a small world, because the load/unload area only has room for one boat. With only one boat at a time being loaded and unloaded, the other boats cannot move up to this area quick enough, which causes a backup. I completely understand that guests cannot be expected to move faster to make up for this, but the problem would be alleviated if there were a faster way to move this process along. The solution seems to be to add at least one or two more load/unload areas along the dock, though it does not look like there is room for any kind of expansion over there. Basically, I love the ride, probably more than most people, but I don’t enjoy being held up in the last room.

Both of these attractions, in my opinion, are unnecessary. I assume they’re great for their target audience of children, however I simply do not see the need for extra spinners with different ride vehicles. I feel as though Dumbo is such an iconic attraction, and it should remain the only spinner at Walt Disney World. Multiple spinner attractions are common to carnivals and amusement parks, and I feel that a theme park like Disney should not have what are essentially repeat attractions. Sure, there are multiple dark rides, but each one is so elaborate and different that you do not feel as though they are wasting time or space by being there. If I rode Dumbo, I wouldn’t see the need to head over to Triceratops Spin, but a ride on the Haunted Mansion would not keep me from going on the Many Adventures of Winnie the Pooh.

This is another attraction that I have a love/hate relationship with. I love the preshow, probably because I love Jeopardy. I love Ellen DeGeneres, and Bill Nye the Science Guy was a staple of my childhood TV watching days, so the preshow absolutely grabs my attention. The ride, however, does not unfortunately. The biggest problem I have with this ride is that it is almost 40 minutes long. It’s great that the signage and park information lets guests know how long the ride is, but I really just do not want to spend that amount of time on any ride. I’m not a fan of the more thrilling attractions, so I usually enjoy slow moving dark rides, but with Ellen’s Energy Adventure I seem to be about 20 minutes in when I suddenly want to move on to something else. I would hate to see this attraction closed because I love the concept, but at the same time, I hardly ever find myself actually riding it.

It is probably no surprise to many Disney fans that Stitch’s Great Escape is my pick for the worst attraction in Walt Disney World. Unfortunately, I believe that this attraction had so much potential, which it ultimately fell short of achieving. Having never experienced ExtraTERRORestrial Alien Encounter, which used to occupy the space Stitch is currently in, I cannot comment on whether or not this attraction was an improvement. Last time I went inside Stitch’s Great Escape, I actually really enjoyed the preshow. On the positive side, the theming here is excellent, and the concept of Stitch escaping and pestering the audience is unique and interesting, however the experience itself is not enjoyable. My primary issue with this attraction is the restraint system. It’s uncomfortable, and I cannot imagine that many people actually enjoy being restrained during this kind of attraction. (It’s not like it’s an upside down roller coaster. Maybe the restraints worked better for ExtraTERRORestrial Alien Encounter, but for Stitch’s Great Escape, they seem useless.) If this attraction were a dark ride, instead of a show where the audience is forced to endure Stitch’s breath after a nasty burp, it would be much more enjoyable. Stitch is a lovable character, and the preshow actually kept my interest, however being forced to deal with his antics when he escapes is simply not my cup of tea.

We would love to hear thoughts. Please add your comments below.