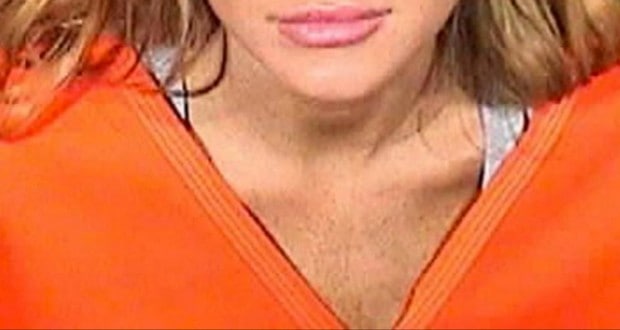 Disney Stars That Have Been Arrested

7 Disney Stars That Have Been Arrested.

We have all grown up with Disney stars that were charmingly innocent – teaching us some of the most important values in life. However, just like any other children, Disney stars grew up, and somewhere along the road they managed to change from innocent children into troubled young adults in need of help and understanding. The truth is that every child has to live through their sometimes troubled teenage years and hopefully grow into responsible adults. Being a Teenager is hard enough but when you factor in the stresses of stardom, it is no wonder that some Disney stars have ended up behind the bars. These celebrities live lives that the rest of us can only imagine but when you see how many of them have struggled with drugs, alcohol, etc… maybe fame isn’t all it’s cracked up to be:

The little blonde with the charming and innocent smile is all grown up now. Kirsten was arrested in September, 2007 for a DUI. However, she managed to overcome the situation and has revived her career acting in various soap operas. She even has a child on the way! Way to pull it out of the gutter Kirsten!

This fetching young star of Hannah Montana – then an underage drinker at 20 yrs old, was pulled over with a .08 blood alcohol level and subsequently sentenced to 36 months of informal probation, required to complete and alcohol education class and payment of a fine.

5. Ryan Merriman – Smart House and Luck of the Irish

You guessed it! Another DUI! The star from Smart House and The Luck of the Irish was arrested in November, 2011 for driving under the influence. For those who do not remember him from the Disney productions, you should know that he has also starred in the Final Destination series.

The starlet captivated audiences with her innocent smile and her angelic look. Despite all this she has been arrested in 2007 for a DUI. If you do not recall her activity at the Disney studios, you probably remember her from The OC where she played the rich girl next door Marissa Cooper.

You remember this promising young actor, who has also played the son of Ted Mosby in How I Met your Mother. In 2010 he has been arrested for challenging someone to fight, but specific circumstances remain unclear even today.

Everyone remembers the star from Even Stevens, who has managed to become one Disney’s most recognizable stars. If you are a fan, then you probably know that Shia has was arrested in 2008 for DUI – this being said, he has left Disney behind and become one of Hollywood’s biggest box office successes.

UPDATE
In June 2014, Shia was arrested at a Broadway performance of Cabaret because of his allegedly disruptive behavior.

And the winner is – Yep! You guessed it! Lindsay Lohan – the actress from Life-Size and Get a Clue has been arrested for several times from 2007 to 2012, the main charges being DUI and violating probation. Despite all this, she’ll always have a place in our hearts and prayers! She’s even trying her hand at live theater! Hope it works out for you Lins!

Does child stardom rob kids of their childhood – complicating their teenage and adult years? Just throwing that out there.