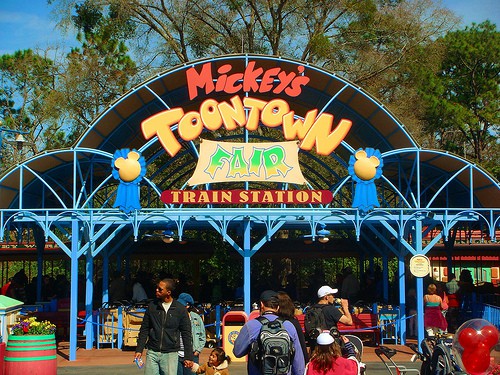 This area, which made you feel as though you had stepped inside of a cartoon land, had many different names over the years. It was Mickey’s Birthdayland when it opened in 1988, then became Mickey’s Starland in 1990 and was briefly named Mickey’s Toyland in 1995. In 1996, after a massive refurbishment, it reopened as Mickey’s Toontown Fair. The storyline was that this land served as a holiday home for the characters who lived in Mickey’s Toontown on the opposite coast. The land closed in 2011 in order to make way for the New Fantasyland expansion.  Photo credit viagensdiversas.wordpress.com