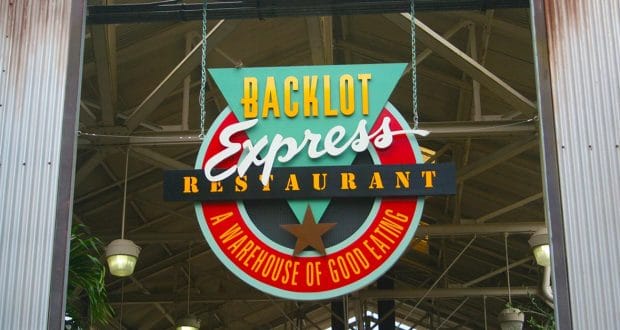 7 Things to Do at Hollywood Studios During Construction

A good portion of Hollywood Studios is shut down right now due to the upcoming additions of Toy Story Land and Star Wars Land, and guests can expect it to be that way for about two years. Popular attractions like Toy Story Mania, Tower of Terror, and Rockin’ Roller Coaster are not affected, so you can keep those in your itinerary. But in the meantime, check out these other experiences if you plan to visit during the construction period.

7. Instead of Mike and Sulley, Try Chewy and Kylo – Mike and Sulley used to have a designated spot off the beaten path in the back of the park. At the moment they have yet to be relocated. However, the new Star Wars character greetings in the Launch Bay are larger than life. Kylo Ren and Chewbacca are the most common sightings, but I’ve seen others available as well. Some may remember that Mickey used to be available in what’s now the Launch Bay. Now, you can find him and Minnie across from ABC Commissary.

6. Instead of Osborne Lights, Try Christmas Dance Party – One of that saddest parts of the new construction is the elimination of the Osborne Lights at Christmas time. Hollywood Studios was packed last Christmas with guests clamoring for one last view. But if you find yourself in Hollywood Studios this Christmas, don’t be dismayed. Last year, there was a Christmas dance party featuring rare characters like Bolt and Genie. It was SUPER fun, but understandably overlooked in favor of the lights. Time will tell what this year holds, but even if they repeat the Dance Party, you won’t be disappointed.

5. Instead of Studio Catering Co., Try ABC Commissary – Studio Catering is closed for now, but ABC Commissary is a lovely alternative with its modern, airy ambiance. There you can find Asian Chicken Salad, Bacon Cheeseburgers, and even a NY Strip Steak. There are also several Kosher options and kid selections available.

4. Instead of Frozen Snow, Try the Frozen Sing-a-Long – Previously, the Frozen Summer at Hollywood Studios included actual snow for kids to play in. Since the location is blocked off, I can only assume that will not be offered this summer. However, the Frozen Sing-A-Long continues near Echo Lake, and Olaf is constantly available for warm hugs.

3. Instead of Pizza Planet, Try Backlot Express – My kids were disappointed that we couldn’t eat in Pizza Planet during our recent visit—until I told them we’d be eating Star Wars food at Backlot Express! They take typical counter fare to a galaxy far, far away with Dark Side Chicken and Waffles and DELICIOUS BB-8 Cupcakes (among other things).

2. Instead of Shrunken Playground, Try Star Wars Launch Bay – OK, so there’s really no suitable alternative for the Honey, I Shrunk The Kids Playground. It’s nice to have a safe place for kids to run and play, so the playground closing is a big blow. The only thing that may come sorta close is checking out the Star Wars Launch Bay. Not only are the characters there (including roaming Jawas), but you’ll also find lots of fascinating movie memorabilia and a room dedicated to Star Wars video games, including Disney Infinity. Also, currently in front of the Chinese Theatre there are Star Wars shows (with pyrotechnics) on every half hour.

1. Instead of Lights, Motors, Action, Try Indiana Jones – Again, the car stunt show is irreplaceable. But as an alternative, why not check out a classic favorite? The Indiana Jones Stunt Show remains popular and exciting. But there are rumors of it too being replaced in the future, so you might as well view it while you still have the chance.

I personally can’t wait for the new lands to open. I think they’ll be a great modern addition to Hollywood Studios. Yes, it’s a bummer to be limited during construction, but hopefully these suggestions will still make your trip enjoyable.