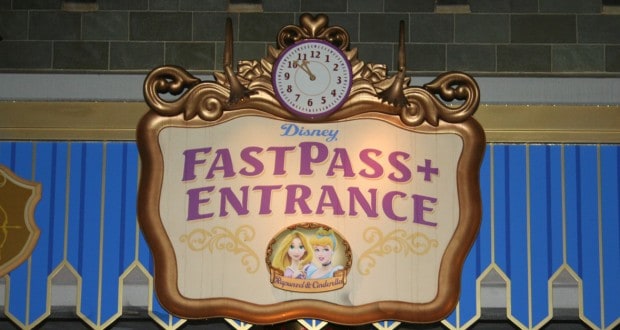 Disney serves around 600 million guests worldwide. That’s a lot of people, FYI, which unfortunately translates to a lot of lines. But here are a few simple tips to help keep your wait time at no more than 30 minutes (in most cases, much less!), all day long.

8. Go During Off-Season – The busiest times inside the parks basically center around the typical school calendar’s breaks. If you are able, visit on a non-holiday – and never in the summer if you can help it. Crowds will be crazy and you will be miserably hot. You’ll get half as much done as you would at another time of year, and Disney also raises some food prices during peak seasons. You best bets are early September, October, late January, February, and early May.

7. Start Early, Stay Late – Yes, it’s your vacation, but you definitely do not want to sleep in on a day you plan to hit the parks. Early in the morning is the best time to hit up one of the high-volume rides. Have a plan for the first ride that you’re going to hit, and head there immediately (skipping photo-ops). Mid-morning, the lines are log-jammed, so plan to use Fast Passes or do less-popular rides then. In the early evening wait times tend to get better again. If you don’t think your group can happily handle an entire day in the park, it may be wise to head to your hotel for a rest time in the early afternoon, then come back to enjoy those night time short lines.

6. Eat at Odd Times – If you can, try to utilize normal meal hours for rides, then eat when it’s busier. For instance, have a snack at 11:00 so you can eat lunch at 2:00 and then dinner at 7:30. Most people will eat at 12:00 and 5:30, so you’ll have less competition for the rides. This trick works well most of the time, though when the parks are really full, it doesn’t make a huge difference. But it’s worth a shot if you ask me!

5. FastPass+ – FastPasses are THE number one key to avoiding lines. Reserve your three passes for as early as you can in the day. However, if you follow tip #7 and go early, DO NOT make your first ride your first FastPass. FastPasses have a one hour window. Do a ride without a Fast Pass when the wait time is automatically going to be low, then you’ll still have enough time to make it to your first FastPass before the window ends. (Hint: the system gives you a 15 minute buffer even after your FastPass technically ends…it actually works for one hour, fifteen minutes. So, don’t sweat it too much.) When your FastPasses are all used up, head straight to the FastPass station (after your initial three, you can only make FastPass reservations at the kiosks, not on your phone). Also, don’t waste a FastPass on rides with interactive lines like Dumbo or Winnie the Pooh…kids don’t mind waiting in those lines – they’re half the fun! Check out “3 Major FastPass+ Tips & Over a Dozen Attractions You Should Never Waste a FastPass+ On.”

3. Schedule Character Meals – SO MUCH time can be spent waiting in line for a precious few seconds of character greeting. If your little one has their heart set on meeting everyone, consider scheduling a character meal. There you can meet several characters all at one time doing something you have to do anyway – eat! Consult the Disney website for character meal offerings and make your reservation well ahead of time, as they tend to fill up. Here are our “Top 10 Character Dining Experiences at Disney World.”

2. Single Rider Lines – On popular rides that you don’t have a Fast Pass for, try taking advantage of the Single Rider line. You will be paired with another party who has an odd number of people, making a single seat available. Obviously that means you are not riding with a member of your own party…but you will probably be waiting in line for half the time or less.

1. Note Parades – Check the daily time schedule of events when you enter the park in the morning, checking specifically for big events like parades. If you plan to see a particular parade, choose a time (some have multiple offerings) and get there early for a prime spot. But, for parades that you don’t care to see, steer clear of the parade route. It will be extremely crowded and crossing to a different destination may be impossible, costing you time. However, the fact that the crowd is on the parade route means that there are fewer people in line for rides…use that to your advantage!

Lines are inevitable. Use these tips to the best of your ability…then just smile and make the best of it when you do end up having to wait a little. Remember, you’re not stuck in traffic – you’re stuck in line at DISNEY….still pretty awesome, I’d say!