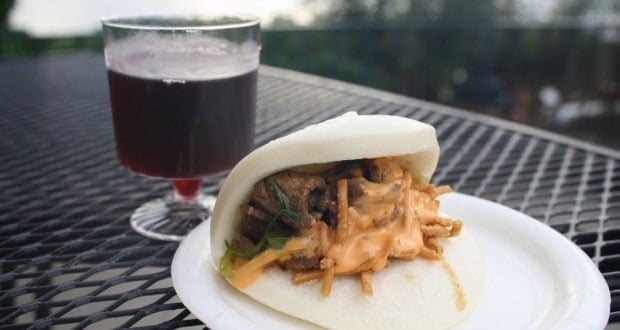 Walt Disney World hosts a number of special events throughout the year, giving new reasons to visit the resort all year long. The following is my bucket list for special events you’ll just have to get to someday:

7. Osborne Family Spectacle of Dancing Lights Closed as of the 2015 holidays.

The Osborne Family Spectacle of Dancing Lights takes place during the holiday season at Disney’s Hollywood Studios along the Streets of America. The street is lined with millions of sparkling lights who “dance” to sets of music. The lights originally came from the property of the Osborne family from Arkansas, but have since found a permanent home at Walt Disney World.

Epcot’s Flower and Garden Festival takes the world of flowers and gardens and presents it in a way that is surprisingly interesting for guests of all ages. Different themed gardens fill the park, some of my favorites being in the U.K. pavilion—the tea and Shakespeare gardens, and in Mexico, the pepper garden. Similarly to Food and Wine Festival, Flower and Garden Festival now features a number of kiosks where event specific food and drink items are available. There are also topiaries of Disney characters that can be seen throughout the parks, and events like special tours and demonstrations.

Mickey’s Very Merry Christmas Party takes place in the evening and features the Once Upon a Christmastime Parade and Holiday Wishes. The Christmas party also includes unlimited cookies and hot chocolate. The parties also include event specific merchandise, and special meet and greets. One of the most popular meet and greets at last year’s event was Sandy Claws (Jack Skellington as Santa, from the Nightmare Before Christmas.)

Epcot’s International Food and Wine Festival is definitely one of my favorite special events at Walt Disney World, because well, who doesn’t love food and wine? In addition to concerts, special tours, and cooking demonstrations, Food and Wine Festival features kiosks around World Showcase where you can sample different foods and drinks from around the world. My favorites from last year included the chicken gyro in Greece and the Limoncello margarita from Italy.

Run Disney Races are completely different from any other race you’ve done. The lengths of the races vary from 5K’s, 10K’s, half marathons, full marathons, and even kids races. The true highlights of Disney races are the medals you receive for finishing, and the characters you’re able to meet along the way. My favorite Run Disney event was the Tower of Terror 10 Miler (which is not scheduled for 2015 unfortunately, but hopefully it comes back in the future!) At this race, I was able to meet the hyenas from the Lion King, the Big Bad Wolf, and the Gravediggers from the Haunted Mansion along the course. And of course I got to ride Tower of Terror during the after party.

1. Mickey’s Not So Scary Halloween Party

Mickey’s Not So Scary Halloween Party is my favorite special event at Walt Disney World. The fireworks, Hallowishes, and the Boo to You Parade are my favorites in terms of seasonal entertainment. The Halloween parties are hosted by the Ghost Host from the Haunted Mansion, which is one of my favorite attractions, so it’s really cool to have an entire event centered around the same theming. In addition, the Halloween party is a great time to dress up and go trick or treating (no matter how old you are) and to meet exciting characters like the Seven Dwarfs and Jack and Sally.