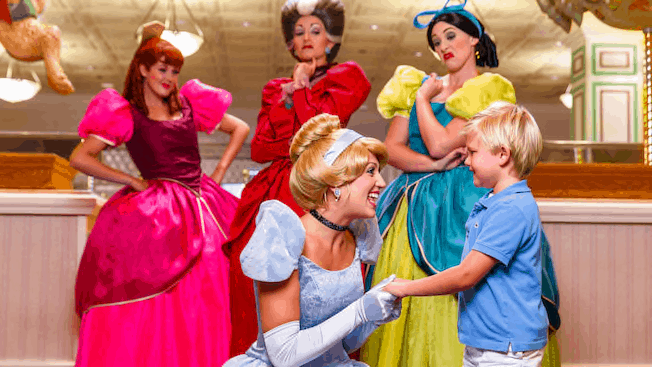 Disney's Grand Floridian Resort & Spa is by far the most elegant of Magic Kingdom's "monorail resorts". To some, it may even be considered the crown jewel of Disney World's Resort Hotels as a whole. While the Grand Floridian is a luxurious, upscale place to stay (or simply visit) during any time of day, it becomes even more magical in the evening. Why is that, you ask? Well, here are eight reasons you will absolutely love this resort at sundown.

The Disney World theme parks themselves are host to lots of fun and colorful parades, but there's one parade experience that takes place outside of the parks proper. In fact, the only place to see it is around the Seven Seas Lagoon. That's right, we're talking about the Electrical Water Pageant. At around 9:15pm, this grand, twinkling display of floating...er, floats will make its way past the Grand Floridian. Find a good watching place and behold the array of colorful lights, nostalgic electronic music, and charming characters as they wind across the water. Marvel at the length of the sea serpent, and be sure to wave at King Neptune and his seahorses while you're at it!

#2: Character Dining with Cinderella and Friends

During the morning hours, the Grand Floridian's 1900 Park Fare restaurant plays host to a festive character breakfast buffet featuring characters like Mary Poppins and Alice. In the evenings however, this establishment switches to the "Happily Ever After" dinner buffet, where you get to meet Cinderella characters such as the princess herself, Prince Charming, and the delightfully wicked stepmother and stepsisters. Photo Credit Disney