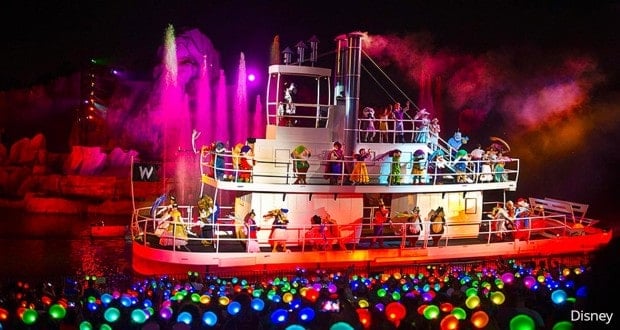 Every park has some type of nighttime offerings, whether it be a fireworks spectacular or show, which serves as a great way to wind down from your busy, tiring but fun day. Disney’s Hollywood Studios actually has two—Star Wars: A Galactic Spectacular, which is a fireworks display and Fantasmic!, which is a show at the Hollywood Hills Amphitheatre on Hollywood Boulevard. Fantasmic! is an excellent way to end your day at Disney’s Hollywood Studios, and here are eight reasons why you’re sure to love it:

8) FastPass+ is available – Normally I don’t utilize FastPass+ for shows or parades, but this is one that I make an exception for. This show tends to fill up incredibly fast and many nights it ends up being standing room only well before the show is about to start. If you can, I would make this one of your FastPass+ experiences in order to guarantee that you get a good seat.

7) The show is family friendly – Every show at Disney is designed to be family friendly, but if you have little ones who don’t do well with 12-16 minute long fireworks displays, Fantasmic! will prove to be a better experience for the family overall. You are able to sit down and relax, which is especially appealing. It also uses many different elements that are exciting for children, and adults, of all ages.

6) There are many elements – As mentioned before, this show utilizes several different elements that make it a smashing success. The use of fire, water, projections and fireworks makes it exciting from start to finish. There isn’t a dull moment in the entire show and it will quickly turn into one of your favorite shows at Walt Disney World.

5) The set is outstanding – From a theatrical side, this show is pretty impressive. The sets are massive and intricate, and they a huge role in the show. If I could take a behind the scenes tour of any show at Walt Disney World, this would be the one. I would love to learn how they constructed these pieces, especially with the safety of the characters in mind!

4) The score is thrilling – I am a big sucker for anything with a good musical element and Disney always does a great job of incorporating appropriately themed music into their shows. The music complements the theme of the show wonderfully and helps to set the tone and mood of each scene. It’s not a surprise that you can buy the soundtrack to this show!

3) Villains are present – One thing that Disney really capitalizes on in this show is the use of villains. Normally, Disney villains do not appear in the parks regularly for character greetings. They only come out during Halloween for Mickey’s Not So Scary Halloween Party and any other special events Disney may put on, such as the Villains Unleashed event a few years ago. Guests love the villains, and this show certainly gives them the spotlight that they so rightfully deserve.

2) There are many beloved Disney characters– If you are someone who loves characters then this show will not disappoint. There are so many characters from so many different stories and it will warm your heart to see them all together.

1) It’s nostalgic– The best thing about the show is how it brings about this feeling of nostalgia every time you watch it. There are scenes from so many classic Disney movies that will take you back to the first time you watched them as a kid or the first time you watched it with your own kids. The best part, however, is the scene when Steamboat Willie and a plethora of Disney characters come out on a boat, all dancing and singing together. It’s a beautiful sight to see and truly makes Fantasmic! a must see.

There are many different shows at Walt Disney World, but Fantasmic! is truly special. It’s one of those shows that people want to see again and again because of how well put together it is. Between the characters, set, score and elements, there really isn’t anything bad you can say about it. Be sure to check this experience out during your next trip to Disney’s Hollywood Studios! 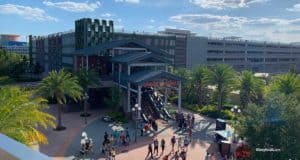 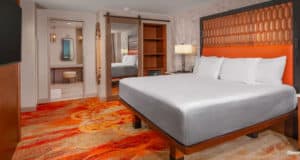 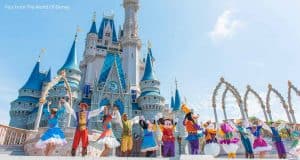