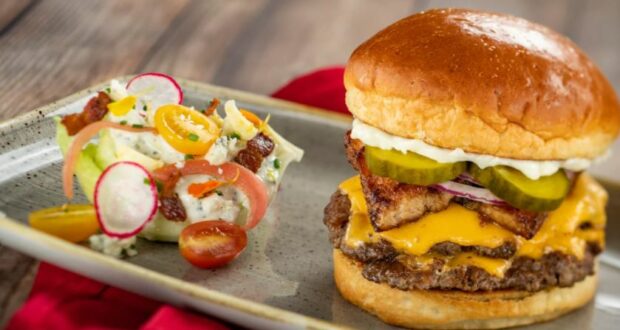 Steakhouse 71 recently opened at Disney’s Contemporary Resort to rave reviews from early media visits and Guests. While the restaurant is sure to be a popular addition to Walt Disney World’s dining scene due to its steaks, there are a couple of other menu items that have been quite delicious, too. One of those items is the restaurant’s signature burger, which many reviews are calling the best burger at the Walt Disney World Resort!

When the restaurant opened, the plant-based option on the menu was a plant-based wellington, essentially beef wellington but with savory vegetables cooked to perfection in place of the beef and otherwise all vegan ingredients. While Guests have been saying good things about the wellington, too there was a lot of excitement surrounding the new plant-based burger when Twitter user @brookegmcdonald broke the news:

I ate at Steakhouse 71 with @chezspence the day he deemed this burger the “best at Walt Disney World” and, as a vegetarian, I’ve been jealous and asking for our own version.

Currently the signature burger at Steakhouse 71 is available on the lunch and lounge menu. While we would expect the plant-based version to be the same, we are confident Guests would be able to order it during dinner if they needed to order off the plant-based menu anyway.

Steakhouse 71 is located on the first floor of Disney’s Contemporary Resort adjacent to the front desk. The space the restaurant occupies was formerly known as The Wave of American Flavors, and if you look closely at some of the menu items you may find some nods to the Wave and items inspired by the former restaurant. 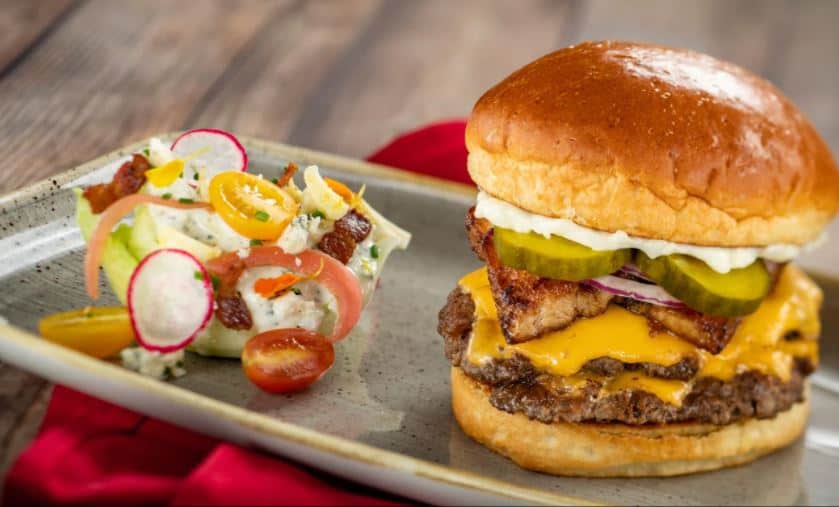 Inspired by Disneyland’s Steakhouse 55, Steakhouse 71 celebrates the opening year of the Walt Disney World Resort with modern takes on classic dishes including some menu items that are directly inspired by things Walt Disney himself enjoyed eating. While dining at Steakhouse 71, do not miss the archival photos lining the wall on your way into the restaurant!

The plant-based burger will make its debut at Steakhouse 71 tomorrow, October 14, 2021, and we can’t wait to give it a try!