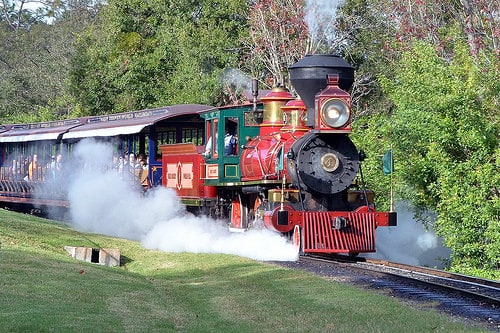 The Roy O. Disney locomotive was built in 1916.  This car carries 5 blue passenger cars and has been in service since 1971, and is still currently running throughout the park.  Roy Disney is Walt Disney’s younger brother and was Walt’s partner and co-founder of the Walt Disney Company.  This locomotive is the oldest locomotive on the Walt Disney World Railroad.  It actually predates the Magic Kingdom’s oldest attraction: the Prince Charming Regal Carrousel, which was built in 1917.   Photo credit www.flickriver.com