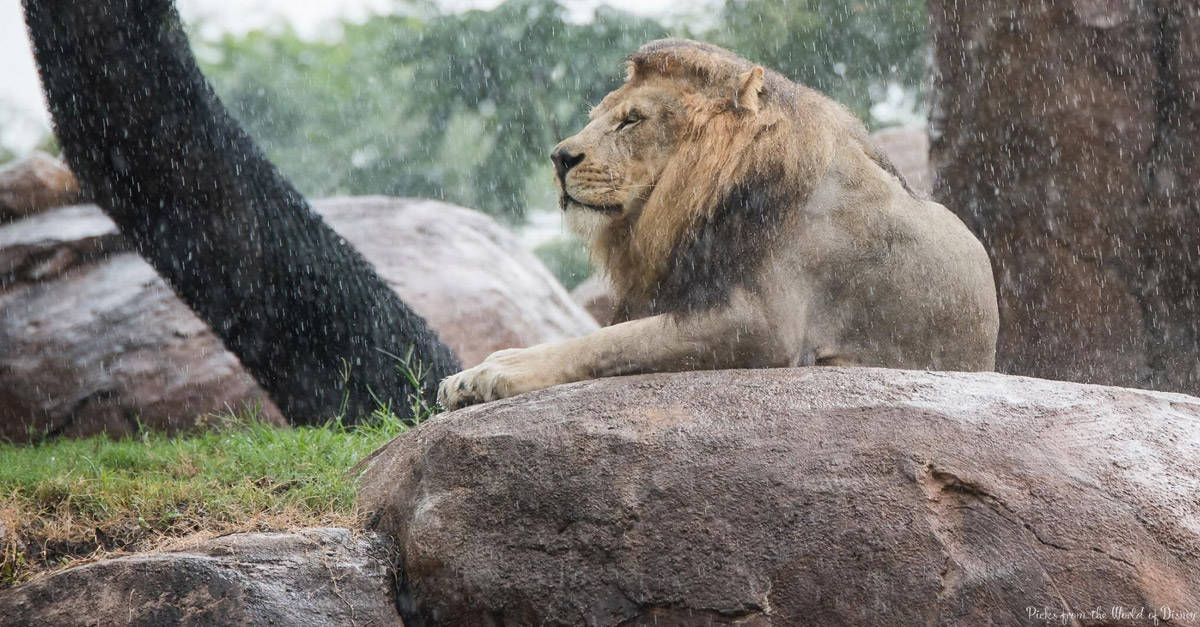 3. All about the animals

Close to 2,000 animals from around the world have found a permanent home within Disney’s Animal Kingdom Park. This lineup includes nearly 300 different species, ranging from mammals to reptiles, amphibians, fish, birds, and even bugs. All animals here come from zoos and reserves that are accredited by the Association of Zoos & Aquariums. The Park is also home to several endangered species, many of which Disney has been successful in preserving and sometimes even reestablishing populations for worldwide. These include, but are in no way limited to: the Sumatran tiger, white rhino, western lowland gorillas, elephants, bongo antelopes, Guam kingfishers, and cotton-top tamarins. In establishing authentic environments where diverse animals can thrive, Disney has gone above and beyond in recreating all the “creature comforts” these special inhabitants are used to in their native surroundings. But there are also very discretely hindered barriers in place in order to bring a safe separation between such animals and Park visitors without hindering or obscuring viewing areas in any way.

The Walt Disney Company is adamantly committed to conservation the world over. Through Disney’s Conservation Fund the Walt Disney Company has made innumerable positive impacts and contributions, both close to home as well as in lands far and wide. And ongoing commitments to conservation can also be seen through the myriad mainstream workings within this park as well. Sustainability practices have been implemented into even the subtlest of details, from the omission of plastic lids and straws on to-go beverages to the Park benches made from recycled plastic—not to mention recycling cans all throughout. Knowledgeable cast members, who make conservation and education their number one goal, are always onsite to present something interesting and informative to park guests, often times even appearing with an animal friend on-hand. What’s more, a portion of the proceeds from anything you purchase within Animal Kingdom Park goes toward Disney’s Conservation Fund, which continues to do great work. You can learn more about the Walt Disney Company’s Conservation Fund, by visiting: https://www.thewaltdisneycompany.com/environment/.