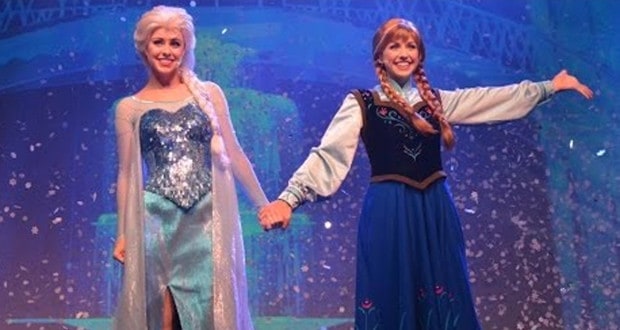 Are Anna, Elsa and Tarzan Siblings?

There has been great deal of speculation about the supposed demise of Anna and Elsa’s parents at sea. Some think they perished while others theorized that their parents were actually shipwrecked with their new young son who would grow up to be king of the jungle – Tarzan. Well, myth or reality, A USA Today news story broke with the following quote from co-director of Frozen – Chris Buck.

“I said, ’Of course Anna and Elsa’s parents didn’t die. Yes, there was a shipwreck, but they were at sea a little bit longer than we think they were because the mother was pregnant, and she gave birth on the boat, to a little boy. They get shipwrecked, and somehow they really washed way far away from the Scandinavian waters, and they end up in the jungle. They end up building a tree house and a leopard kills them, so their baby boy is raised by gorillas. So in my little head, Anna and Elsa’s brother is Tarzan.”

So, what do you think of this declaration? Truth or myth? Share your opinion in the comments below.

Frozen News Tarzan 2015-08-14
Becky
Previous: Which Disney Philosophy Do You Live By?
Next: 12 Things You’ll Love About the United Kingdom Pavilion in Epcot