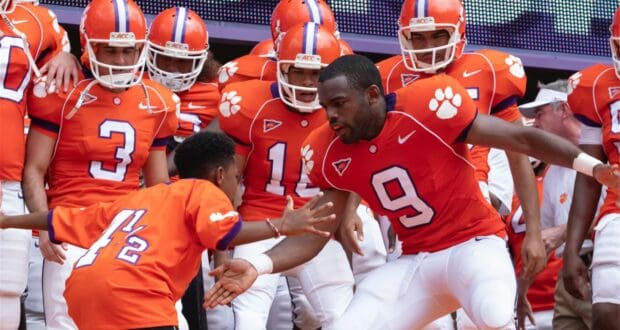 Clemson Fans! Disney+ Has An All-New Original Movie Streaming Soon That You’ll Want To Check Out

Ok, Clemson fans! Disney+ has announced they will be releasing an all-new original movie called “Safety” to stream December 11 on Disney+! The film is about the story of Ray-Ray McElrathbey, a freshman football player for Clemson University, who secretly raised his younger brother on campus after his home life became too unsteady.

As shared by Disney+ on Twitter with the photos below: “Disney’s Safety is an all-new Original Movie inspired by the true story of former Clemson University safety Ray McElrathbey, streaming Dec. 11 on #DisneyPlus. #SafetyMovieAmerican football”

Anyone else looking forward to streaming this one? We’re adding December 11 to our calendar!